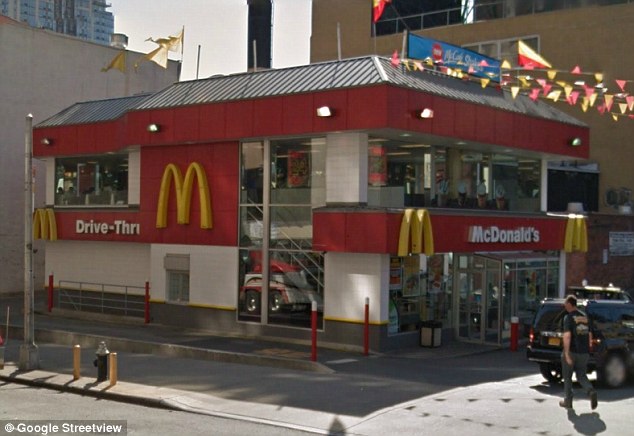 Third window: The change comes as wait times at McDonald's drive-thrus are estimated to be the longest in at least 15 years.
[/caption]McDonald's Speeding Up Drive-Thru With Third Window

McDonald's restaurant customers who are frustrated by the often too slow pace of the fast food giant's drive-thru operations will be heartened to hear that company officials are already testing a "Fast Forward Drive-Thru" that adds a third window to help speed up service.

More From the AP, via the HuffPost:

Under the current set up, customers place their orders, then drive up to a window where they pick up their food. The fast-food chain says it's testing a "Fast Forward Drive-Thru" that lets customers drive to a third stop if their orders aren't ready.
McDonald's spokeswoman Lisa McComb says the Fast Forward Drive-Thru will be featured in new and renovated restaurants starting next year.

A company spokesperson reports that the new system enables customers to drive through to a third stop if their orders are not immediately ready in order to keep the drive-thru flow of traffic moving as quickly as possible. The new Fast Forward Drive-Thru design will be added to about 1500 new locations being added to the chain, in addition to about 1,000 restaurants being remodeled.

McDonald's reports that it developed the new Drive-Thru system in response to decreasing levels of customer satisfaction. In 2013, the chain reports that it took customers almost 190 seconds from ordering through pick-up, which is the slowest time ever recorded for drive-thru orders.

This figure had company officials worried and looking for a viable solution, especially since almost three-fourths of the business at typical McDonald's restaurants come from drive-thru customers. News of the more speedy drive-thru design comes on the heels of the company's announcement that it is also streamlining menu options.