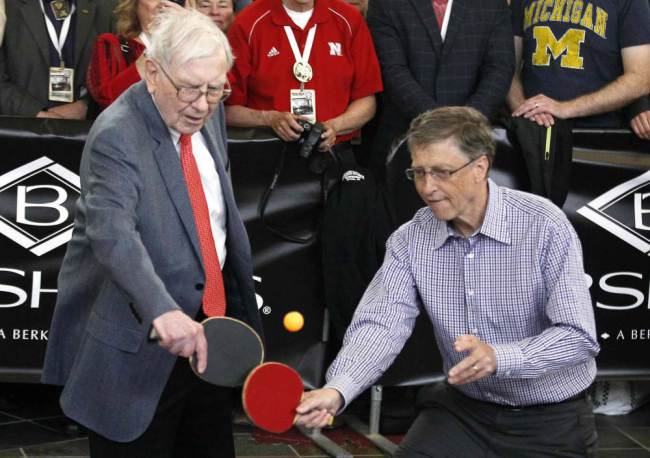 According to a report by Wealth-X released on Wednesday, a more than 25 percent jump of Berkshire Hathaway shares this past year resulted in Warren Buffet’s overall wealth increasing from a net $12.7 billion to $59.1 billion. The billionaire investor earned the equivalent of $37 million per day or $1.5 million an hour making him the biggest billionaire gainer in 2013.

The report also revealed though that Buffet is still not the richest person in the world. Instead, Microsoft’s founder Bill Gates is the richest, and experienced a net increase from $61.1 billion to $72.6 billion.

Amazon’s Jeff Bozos and Facebook’s Mark Zuckerberg also made the list of top billionaire gainers in the number four and five spots, respectively. Bozos saw a net increase from $11.3 billion gain to $34.4 billion and Zuckerberg saw an increase from $10.5 billion to $24.7 billion.

The elite earnings club also included casino czar Sheldon Adelson in the third spot with a gain from $11.4 billion to $35.3 billion and Google's founders Sergey Brin and Larry Page in the number seven and eight spots with gains from $9.3 billion to $30 billion and $29.9 billion, respectively.

Delta bans calls on all flights