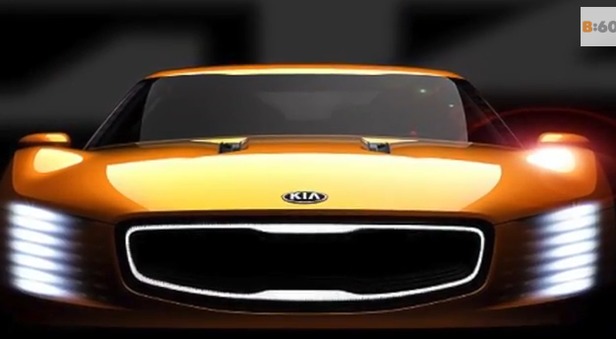 Kia is not an automobile brand associated with snazzy sports cars, but that image could change after the company unveils its new GT4 Stinger concept at the upcoming Detroit Auto Show. Kia decided to release a limited amount of information about their newest concept car to whet the appetite of sports car enthusiasts. According to the photographs and news release provided by the company, the GT4 Stinger offers rear-wheel drive, 315 horsepower, a turbocharged four cylinder engine, 20-inch alloys, LED headlights mounted on a tiger-nose grille and a carbon-fiber front splitter.

Analysts say that adding a new car in the sports car category to their product line up would help expand their customer base but questioned whether or not the Kia name had enough power to be successfully associated with a luxury sports car model. But this is not the first time that Kia has crossed over into new territory, previously adding the K900 luxury car to its product line up.

Company officials report that they will have the new car ready for display when the Detroit Auto Show opens on January 13. There has been no word as to an official release date for the car to the buying public.

What do you think of the Kia GT4 Stinger concept?

American Woman Eats Only Starbucks For A Year: Spent Nearly $7,000