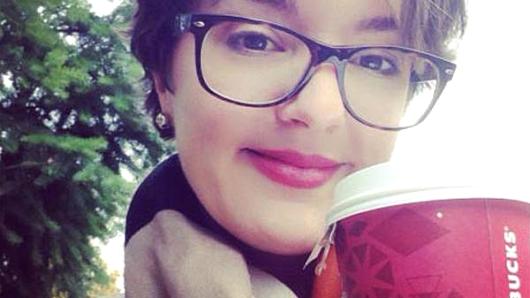 On New Year's Day, 2013, a woman in Seattle named Beautiful Existence began a journey of dining only on items from Starbuck's branded concepts, including Starbucks, Evolution Fresh and Tazo Tea. She was inspired to do the year-long dining project by her sister, who worked for almost eight years at a Starbucks coffeehouse as a barista.

"I actually had quite a few things that changed during this last year that offered me a really great variety, just besides that they had the different brands. They actually kept changing the food items as well, so it was actually really easy for the entire year," said Existence.

This project was the latest that the 40-year old University student has participated in to study branding. In previous years, she has committed to shopping exclusively at thrift stores operated by Goodwill Industries and to only use advice offered by Parents Magazine. In 2014, her project will be to test more than 80 different REI products.

She admits that restricting her dining choices to Starbucks brands proved to be costly, estimating that she spent over $7,000 during the course of the experiment, more than twice what a female in her age bracket would spend for food and beverages consumed at home. The meals cost the 40-year-old Seattle resident $500 to $600 a month. Though she ate the meals herself, she says she didn’t feed her two children from Starbucks.
[/caption]

Existence stressed that there was no financial support or inducement forthcoming from Starbucks headquarters, although the company admits they did monitor her progress as well as alert her to any new products that were going to be introduced by the Seattle-based company.

"We applaud her efforts and encouraged along the way, but no money was ever exchanged," Mills said. She added that Existence "often sets lofty and unattainable goals for herself, and she really meets them head on."

After a year of chowing down at Starbucks, Existence said she is not quite sure when she'll return to the coffeehouse chain. This was her Thanksgiving dinner. “I want a HAMBURGER!” she wrote.
[/caption]

Woman eats only Starbucks for a year
http://abclocal.go.com/kabc/story?section=news/bizarre&id=9381582

Woman eats only Starbucks for a year
http://www.buzzfeed.com/rachelzarrell/meet-the-woman-who-only-ate-starbucks-for-an-entire-year