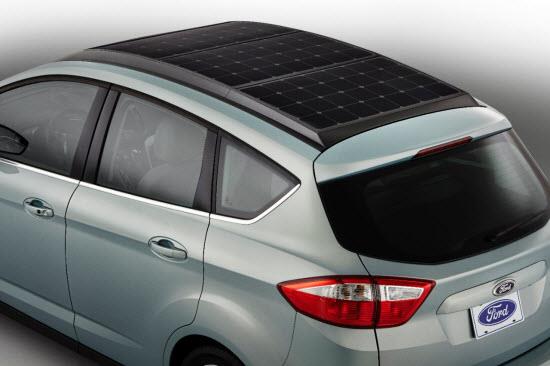 Ford motor companies is looking to make a big entrance into the solar-powered car market with their new car entitled the C-MAX Solar Energi Concept. For now, the vehicle is still under development, but Ford is looking to make this car profitable. It is noteworthy to say that Ford did not accept government bailout money during the 2008 banking crisis any more than they accepted assistance during the Great Depression, and it has proven lucrative for the company.

This new car will feature solar panels on the roof, but it actually a multi-hybrid car of sorts. It can be charged up as an electric car, operate on a full tank of gas, and charge up from the sun. Ford says that C-MAX Solar Energi Concept will be able to travel as many as 620 miles of which 21 would be entirely electrically powered. That is the same as the non-solar-powered C-MAX Energi.

The new car will have some very interesting features including what is called the "concentrator". This is a canopy of sorts that boosts the solar charging capability of the car when stationary by a factor of eight. Also, the car will be able to realign its solar cells with the sun to get maximize charging capability throughout the day.