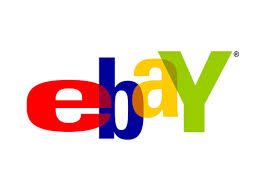 eBay moves $76 billion of merchandise on a daily basis as a testament to its prominence as the largest auction site. Those who buy goods are allowed to rate the seller and if the purchase experience is poor, they may leave them negative feedback. Sellers' ratings are adversely affected by the number of negative ratings they receive and may even miss out on potential bidders who are not interested in taking a chance on them. Fair enough.

However, a recent report by Australian news site news.com.au has highlighted the fact that the rating system currently in place to protect buyers has no equivalent for sellers. Sellers can experience bidders winning an auction and failing to pay. If a seller has a negative experience with a buyer their choice of rating is to give them a positive review or choose to leave them a positive review later.

eBay has acknowledged the practice and that it is unpopular with sellers. This wasn't always the case. Up to several years ago, both buyers and sellers could leave each other positive, neutral, or negative feedback. However, eBay says that their current policy operates the way other retailers do. It ignores one fundamental difference though: other retailers are not auction sites. This makes it quite a different experience to purchase a product from Amazon.com or Walmart.com and leave feedback versus bidding on a product from eBay. For starters, items have to be purchased up front at retailers. On eBay, bidders win an auction and then pay sometime afterwards. Apparently, this fact escapes eBay.