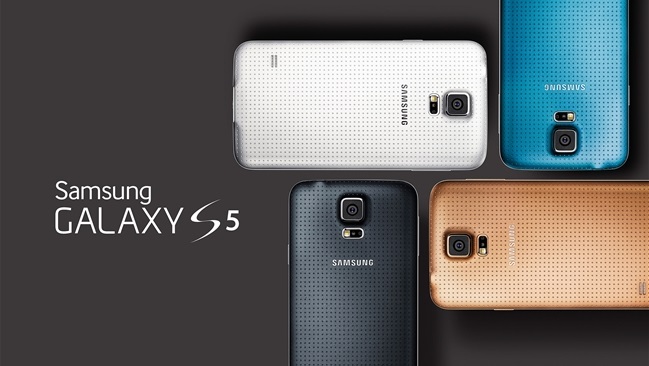 The next iteration of the Samsung Galaxy S5 will be in retail stores starting April 11. Conventional wisdom suggests that the powerful new smartphone will retail between $199 and $240 if purchased on a two-year contract. In the past, purchasing a Samsung Galaxy with no contract could run as much as $650. In some cases it would sell for $550. The question on people's mind is what the new S5 will retail for with no annual contract. Samsung has yet to publish the retail price, but inquisitive minds are jumping on Galaxy S5 giveaway by cell phone companies Sprint and T-Mobile.

Both cell phone companies and Samsung properly have announced contests giving the S5 as a prize and listed the approximate retail value (ARV) at $650.00, but Samsung’s giveaway ARV is $700. That is enough to make people wonder aloud if the gold-standard of Android-based phones will carry price commensurate with gold. At $700, it's roughly the value of a half-ounce gold coin. However, price sleuths can only read into the ARV so much because the contest details state the price is approximate which means it can be more or less.

That said, the best predictor of future behavior is past behavior. During the run up to the release of the Galaxy S4, special giveaways listed the ARV at $650. Following the formal launch, cell phone retailers sold the units for prices hovering just above or below the ARV. This indicates that the ARV tends to set a benchmark price. Since the Samsung S5 giveaway is set at $700 prospective buyers should start saving some additional coin because they'll likely need it.

The popularity of Samsung handsets has no one retailer getting an exclusive like AT&T did had with the iPhone years ago. The S5 will be available at BestBuy, AT&T, Verizon, T-Mobile, Sprint, Radio Shack, US Cellular, and Metro PCS. Related Topics:Samsung Galaxy S5 to cost $700
Up Next