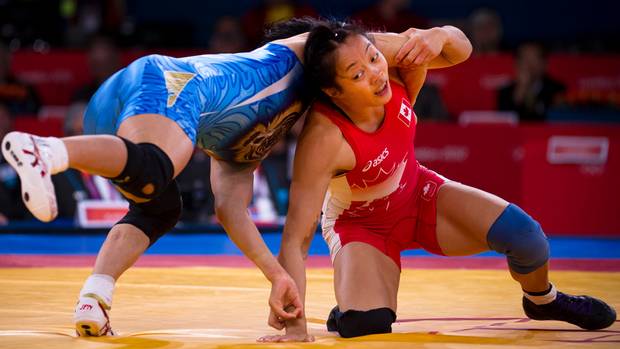 The sporting world was shocked by a recommendation from the International Olympic Committee to drop wrestling from the Olympic Games beginning in 2020.

The decision is a shock as wrestling has featured in every modern games since the first in 1896 and was part of the ancient Olympic Games held in Olympia; although the decision has to be ratified by a metting of the IOC in September experts believe the decision to drop the sport from the core of 25 guaranteed to appear in the Gamesis unlikely to be overturned.

Following the compilation of reports detailing how each of the 25 core sprts had performed in terms of popularity, ticket sales and doping during recent Olympics wrestling was added to the list of sports to be voted on for dropping. Other sports in danger included taekwondo, kodern pentathlon and hockey; in a suprose result wrestling received the most votes and was recommended for removal from the Games.

Wrestling Canada thinks that with enough support, one of the world's olesd competitive sports can remain at the Olympic level.

In a statement released Tuesday, the organization’s president, Don Ryan, said: “We are deeply surprised by the recent recommendation of the IOC Executive Board to withdraw the sport of wrestling from the Olympic Programme. Wrestling is one of the core sports, dating back to the ancient Olympic Games of 1896 in Athens. Canada’s wrestling programs have been strong and successful at the international level, and posted strong results in the recent Games.

“We have a strong International Federation (FILA) and we will work closely with them as called upon to lobby and appeal to the IOC members to reverse this decision that has yet to be ratified by the IOC.”

Which sport would you drop from the Olympics?
On The Web: