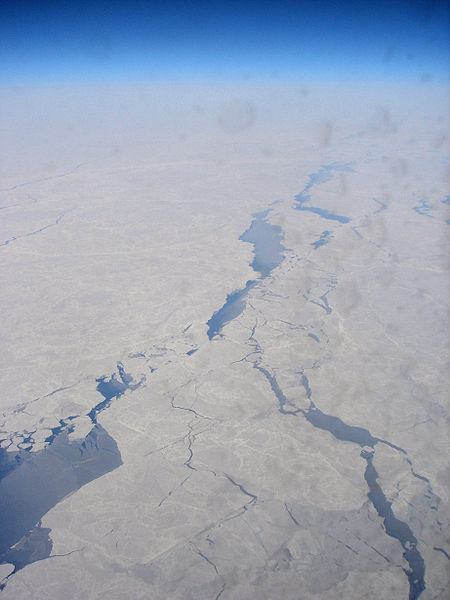 Campers recently trapped on a drifting Canadian Arctic ice floe made it safely to land on Wednesday.

Ecotourists camping north of Arctic Bay, Nunavut off Baffin Island with the Arctic Kingdom guide company, woke up Tuesday morning to discover that the ice floe they camped on had broken off and drifted out to sea. They immediately alerted authorities and received survival kits via air-drop while Canadian emergency services tried to determine the best means of extraction.

Although the floe hit land at the Borden Peninsula, helicopters had to rescue the group of eight tourists from America, Europe, Canada, Japan, Australia and Jordan, eight Arctic Kingdom staff members and four Inuit guides.

A party of 10 hunters was also trapped temporarily on the same ice floe. Luckily, their section of ice broke from away on Tuesday and drifted close enough to land for them to save themselves.

Although this is not the first ice floe rescue mission this year, the size of the floe, which measured several miles, surprised many. Typically, the tides along with warmer temperatures cause the ice to break in smaller sections.

Calgarian among ecotourists rescued after drifting on ice floe
http://www.calgaryherald.com/technology/Calgarian+among+tourists+rescued+from+drifting+Arctic+floe/8584316/story.html

Tourists Trapped on Canadian Ice Floe Back on Land
http://abcnews.go.com/International/tourists-trapped-canadian-ice-floe-back-land/story?id=19495216#.UcwjSzsqcgE