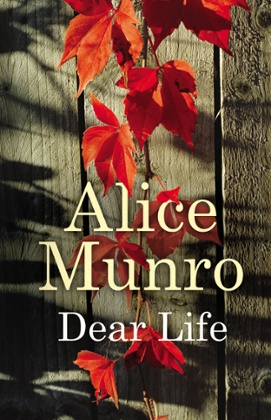 Alice Munro, a Canadian author, has been awarded the 2013 Nobel Prize for Literature. She has been called a "master of the contemporary short story" by the Swedish Academy that awarded the Prize, and her works include "Dear Life" and "Dance of the Happy Shades." She delves into themes such as living in small towns and relationships between the sexes. Her work is credited with a revamping of the structure of the short story. Her pieces often begin in the middle of the narrative, and she moves the writing into the future or the past to serve her needs.

"We're not saying just that she can say a lot in just 20 pages — more than an average novel writer can — but also that she can cover ground. She can have a single short story that covers decades, and it works," said Peter Englund, permanent secretary of the Swedish Academy.

CBC News reports Munro's daughter woke her up to tell her the news.

"It's the middle of the night here and I had forgotten about it all, of course," she told the CBC's Heather Hiscox early Thursday.

"It just seems impossible. A splendid thing to happen ... More than I can say," she said, overcome with emotion.

"My stories have gotten around quite remarkably for short stories. I would really hope that this would make people see the short story as an important art, not something you play around with until you got a novel written.

Munro had expressed plans to retire from writing after the publishing of her latest work. Upon receiving news of the prize, she expressed gratitude and hopes that this award will draw more attention to Canadian writers. She came to author short stories in an interesting way, thinking that she was practicing for writing a novel. Eventually she recognized the stories as her art themselves.

At 82 years old, Munro is the 13th woman to win the Nobel Prize for Literature, which is worth about $1.2 million. The award is for the author's entire works from their lifetime, not a specific work.

The 2013 Nobel Prize laureates will be celebrated in Stockholm on Dec. 10.