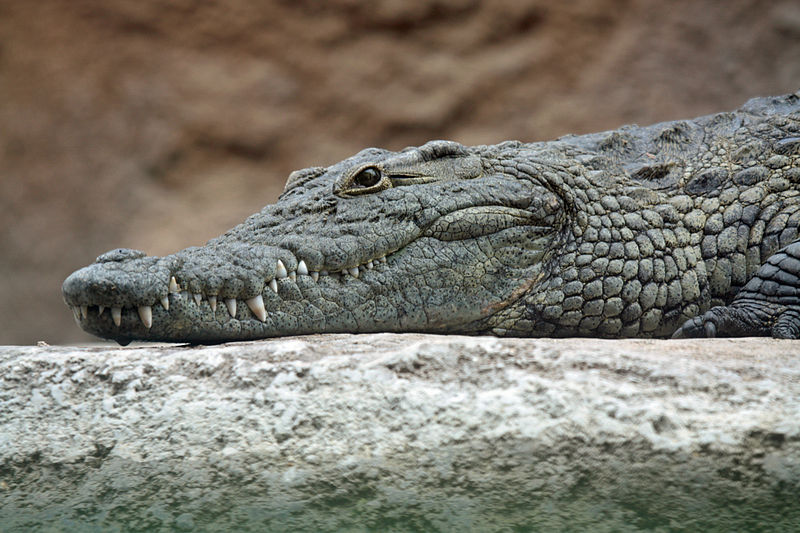 A man was attacked by a crocodile while playing a game of golf in Mexico.

According to the Huff Post, the 12-ft croc poped from the undergrowth of a bunker and clamped itself onto Dougie Thomson's leg, he told The Mirror.

In a desperate attempt to save the man, his friends beat the beast with golf clubs and even drove over it with a golf buggy.

In the end, the 58-year-old, from Glasgow, needed 200 stitches in his thigh and hip

"I couldn't feel pain, I was in total shock. It was like a big toy, big black eyes looking at me," he told the paper.

"The crocodile tore away all the muscle in my thigh. My leg is like a butcher's shop window. Initially only two of us were going golfing. If that had happened, there is no way one friend could have helped.

"It would have pulled me back into the lagoon and had me for supper."

The group were on holiday in Cancun for a friend's wedding but the father-of-two is preparing to be flown home to Toronto, where he lives with his family, for further treatment.

In a statement, the hotel said: "IBEROSTAR deeply regrets this incident and wishes a speedy recovery to Mr. Thomson.

"The safety and security of our clients, guests and employees has always been, and will continue to be, of paramount importance to IBEROSTAR.

"The IBEROSTAR Cancun Golf Course is fully equipped with highly visible warning signs - in both English and Spanish - and appropriate fencing and markings.

"The club also provides information and warns about the unique characteristics of this particular course; detailing the precautions that should be taken to ensure a safe round of golf.”

According to News.AU Mr Thomson is the second golfer to be attacked by a crocodile at the Iberostar Cancun Golf Club.

Earlier this year, Edward Lunger, 50, from New York, was practising swings when one of the reptiles bit off two of his fingers.