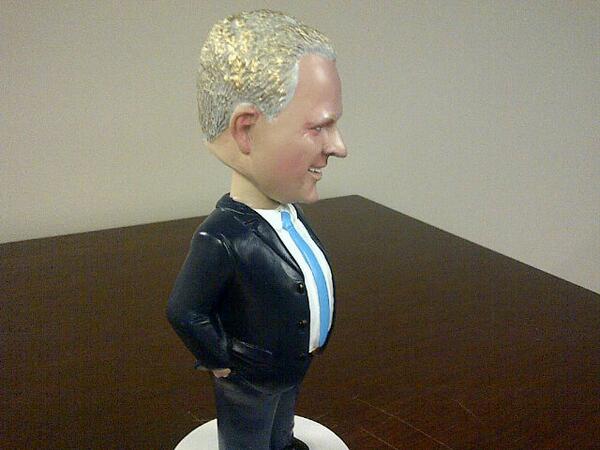 According to CTV News:

The lineup that grew to between 200 or 300 people started forming as early as 6 a.m. on Tuesday, hours before the $20 miniature rendition of the Toronto mayor went on sale. Proceeds from the sales of the so-called "Robbie Bobbies" will go to support the United Way.

According to the star, the limited addition dolls were in limited supply.

Supporters and detractors alike of the mayor crowded city hall in lines that looped the rotunda multiple times, hoping to get a doll before all 1,000 sold out.

They had assorted plans for the collector’s item, two of which were being resold at $500 each on Kijiji even before sales started just after 10 a.m. The seller promised the money would go to a charity dealing with addiction: a “win-win for everyone, even Rob Ford.”

The troubled mayor thanked them for their support before making his way to the front of the line and signing the packaged Robbie Bobbies.

Related Topics:featuredrob ford
Up Next