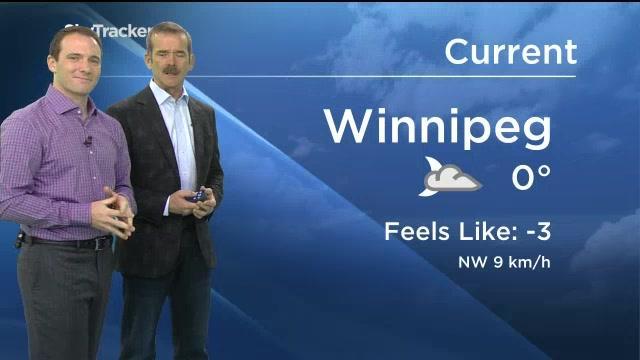 Astronaut Chris Hadfield is a highly respected person in Canada. The 54-year-old native of Sarnia, Ontario, has a resume which reads like a bucket list for most people. Hadfield has a deep understanding of a range of subjects and can regale people for hours with his knowledge. What makes him all the more substantive is his ability to speak to people on their level of understand without being pretentious.

Chris Hadfield will be forever known as "Commander Hadfield" given that he was once in charge of the international space station. He recently thrilled audiences on the Canadian Global News channel when he appeared alongside weather reporter Mike Koncan to give the forecast. It was a new first for the man who has quite literally done it all.

Needless to say, Koncan was as giddy a boy beside the famous astronaut. The weather reporter spoke highly of the commander following their 45 minute encounter. What makes Commander Hadfield all the more connected with people is his use of social media. He was dubbed the most savvy social media astronaut and maintained very popular threads on Tumblr and Reddit. While in space, he composed a video of David Bowie's "Space Oddity" song against images he captured in space.

Is Celine Dion’s Marriage In Trouble?