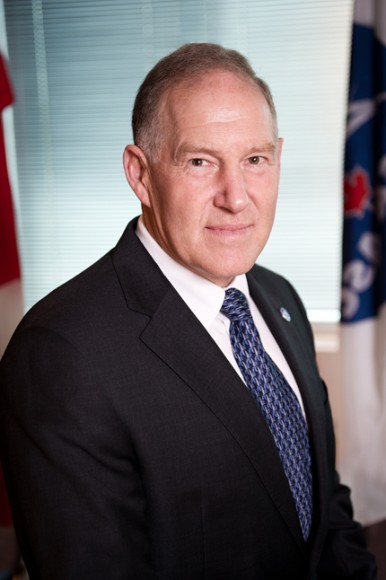 During his speech, Natynczyk stated that he is working with government partners to create a 10-year plan for the CSA. Although he gave few specifics, he mentioned that he is reviewing reports about the agency's core funding and gave his support to Canada continuing its pursuit of R&D through universities. He also stated that he wants to make space understandable to all Canadians.

Natynczyk though is dealing with a learning curve.

The former Canadian Chief of the Defense Staff who also served as a United States exchange officer during the Iraq War, doesn't have a science or space exploration background and served in the army instead of the air force.

The 56-year-old though, who retired in 2012, is credited with successfully restructuring Canada's military. At a time when the CSA is suffering both infrastructure and budget concerns, and the military has increased its interest in space exploration, Natynczyk background could prove helpful to promoting and advancing the CSA.

Natynczyk was asked to take over by Prime Minister Stephen Harper.