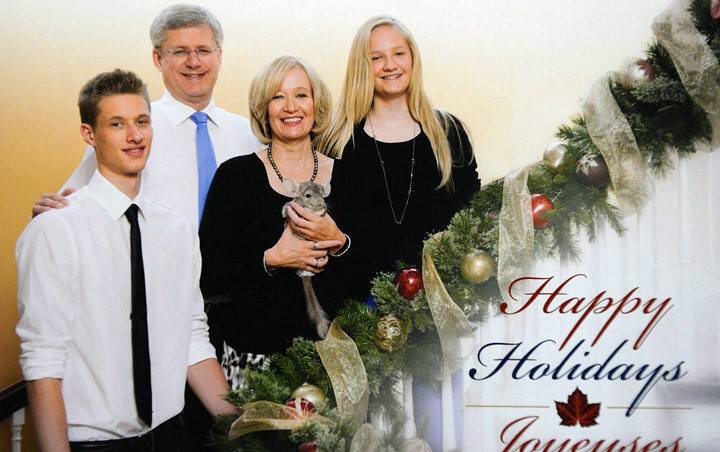 Ottawa, Canada - the official greeting card of the family of Prime Minister Stephen Harper has gone out and immediately the press wanted to know who the rodent was in the hands of Mrs. Laureen Harper. For those thinking the furry looking creature with a long tail was too large to be a squirrel, they would be correct. The lovable fur ball in her hands is a chinchilla, a larger-than-squirrel size rodent from South America.

Chinchillas are known for their ultra-soft fur and the need to constant chew on things to file their teeth down. A chinchilla's teeth never stop growing. The teeth can grow to the point of preventing the critter from eating if they are not supplied a constant stream of chew toys. That said, the one featured in Mrs. Harpers hands is the family pet, Charlie the chinchilla which name has a nice ring to it.

Lest anyone think that Mrs. Harper illegally imported Charlie into Canada, it bears mentioning that he is a rescue from the local Ottawa Humane Society. Mrs. Harper is an avowed animal lover who regularly takes in animals to her care. In the case of Charlie, he simply hit the big times as the chinchilla to live with the head of state of this prosperous G-7 nation.

On The Web:
Charlie the chinchilla makes cameo on Stephen Harper's 2013 holiday card

Related Topics:Stephen Harper
Up Next