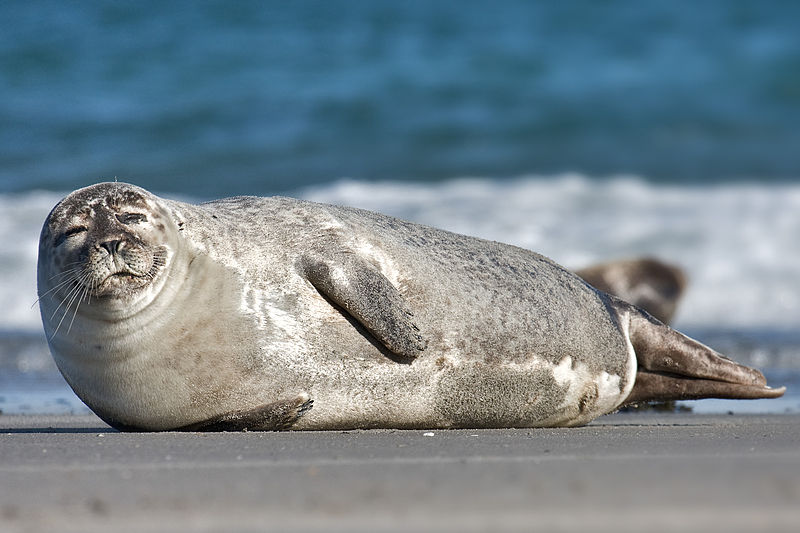 A photo of a harbour seal courtesy of Andreas Trepte[/caption]

After months of rehabilitation at the Vancouver Aquarium, seven rescued baby seal pups were finally ready to be released back into the wild at Howe Sound.

Before they were released, five of the seven seal pups were fitted with special satellite transmitters that were glued to the hair coat on their heads. These transmitters, which cost the aquarium about $1500 each, are able to transmit the seals' locations thus providing valuable information about things such as travel patterns and how long they live.

Vancouver Aquarium's staff veterinarian, Martin Haulena, said that the information received from the transmitters will also help them with their rehabilitation program. By being able to see where the seals go when they are released, they'll be able to adjust where and when rehabilitated seals are released in the future.

Although the transmitters have a battery life of one year, there's no guarantee how long the aquarium will continue to receive information before they eventually fall off of the animals' heads. Earlier this year they were able to track a rehabilitated adult porpoise for 70 days before the transmitter fell off. These transmitters were also used to track five other baby seals last year.