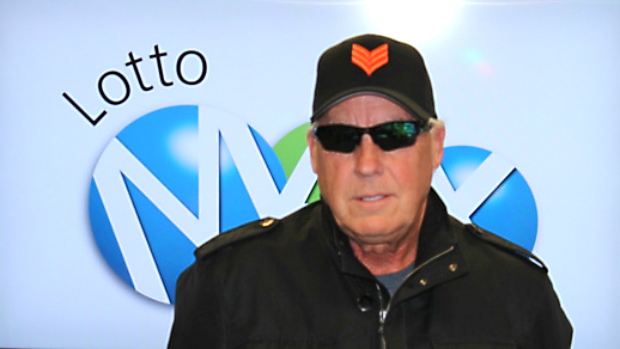 winner $40M charity[/caption]A Calgary man who won a $40-million lottery prize last May has kept it a secret until now, but says the money will go to charity in memory of his wife.

Tom Crist was golfing in Palm Springs, Calif., in May when his phone rang.

"As soon as I hung up from my cellphone call from Western Canada Lottery I never thought about it. We finished our lunch, we went out golfing. I’ve kept it a secret, even my kids didn’t know until today," said Crist on Monday.

Crist said that as soon as he got the call he knew where the money was going to go.

"I lost my wife to cancer two years ago."

Crist said he plans to put the money into a family trust fund to be doled out to charities he and his kids pick over the years. Charities such as the Canadian Cancer Society and Calgary's Tom Baker Cancer Centre will be at the top of that list, he says.

“I’ve been fortunate enough, through my career, 44 years with a company. I did very well for myself. I’ve done enough that I can look after myself, for my kids, so they can get looked after into the future. I don’t really need that money."

Crist retired as the CEO of EECOL Electric in late September of this year. The electrical wholesale company, with a head office is in Calgary, was sold in December 2012.

Crist said his children were totally behind his plan, but asked why he didn't tell them about it sooner.

“I said, 'I just didn’t know how to deal with it.' I was hoping that I could just somehow move it into, you know, from the lotto corporation into my trust account and not have the media," said Crist.

"But, when you buy a ticket you’re subject to the rules of the lottery and that’s a picture and a notification — especially if it’s a big win."

So when Crist went in to have his picture taken he went for an understated look — a ball cap and sunglasses.

“They asked me, ‘Is that your natural look?’ and I said ‘Yep. That’s all you’re getting,’” he laughed.

Crist plays both Lotto Max and Lotto 6/49 by subscription, meaning players can pay for their selections for up to a year at a time.

"I wasn’t even sure which game I’d won on, or what the numbers were. I’ve paid for the subscription when I get the renewal notice every year, and then I just file it — sometimes I’d get a cheque for $10 or $20, but I never expected this,” Crist said, in a news release from the lottery corporation.

Subscribers' numbers are checked for them after each draw and they are automatically paid any prizes won.

In the case of any prize over $10,000, subscribers receive a telephone call first.