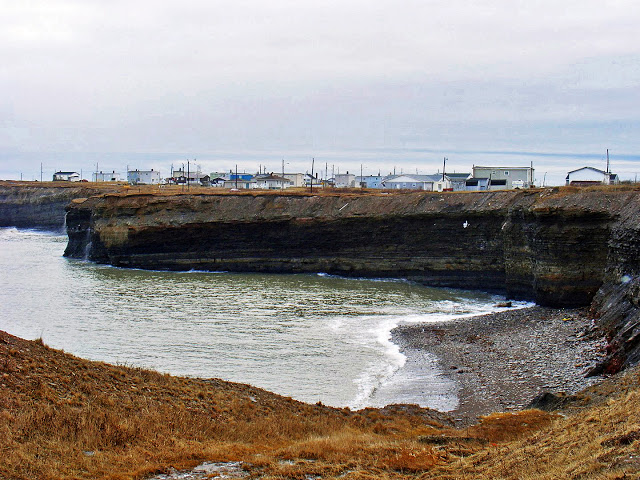 A 50 year old man is extremely lucky to be alive today after tumbling down a 70 foot embankment in Nova Scotia on Thursday.

John Lusk was out walking with a friend in the New Aberdeen area of Glace Bay when he slipped on the ice and fell down the steep embankment. Glace Bay Fire Chief Jim Taylor said it was very fortunate Lusk was not alone when he fell, as his friend was able to summon help immediately.

The temperature was minus 8 degrees Celcius, and Lusk was wet due to landing at the edge of the water. Because of his injuries and the slippery conditions, Taylor said Lusk would not have been able to pull himself to safety nor could he have survived a long wait for a rescue team.

“He’s standing there, and the friend just said all of a sudden he started sliding, trying to dig his heels in, until he just went down, down, down, over the bank, ” said acting Sgt. Mike Byrne of the Cape Breton Regional Police. “He hit his face off the rocks down below.”

Firefighters called out the boat team in case a water rescue was necessary, but in the end they decided it would be easier to rappel down to the rocky area where Lusk had landed.

“You have to be careful because you want to make sure there are no injuries to the neck,” said Byrne. “It was easier to walk him slowly over to get him in the basket to bring him up over the cliff.”

They then secured him to a stretcher and pulled him to safety.

“This area is well known for just an area where you can go out and see all sides of the waterline and it appears that what they did, they walked close to the edge and hit the ice,” said Glace Bay fire chief Jim Taylor. “You can see the boot marks where he literally slid across the point down onto the reef area, which is water and rock.”

Lusk sustained some facial trauma and bruises, but no broken bones or life-threatening injuries. As of Friday morning he was still in the hospital for treatment. He is expected to make a full recovery. New Aberdeen area of Glace Bay 2010 by KrazyFella
[/caption]
On The Web: