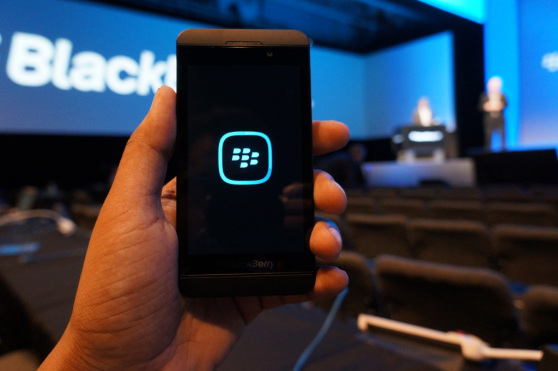 Blackberry's CEO said that in five years tablet technology will be a thing of the past in and during that same time frame Blackberry will overtake Samsung and Apple to become the top smartphone maker in the world, but wait! That grand prophesy was by the company's former CEO and it went over as well as Harold Camping's end of the world proclamations.

The new interim CEO, John Chen, has a different take on the company. For starters, he's letting go of the past. Chen embraces Blackberry's current difficulties, but makes a salient point that when it comes to enterprise smartphone security, they hold an advantage over their rivals.

Chen will focus on getting his leadership team selected and entrenched. The company is reeling internally from substantial layoffs and he will seek to stabilize the company from the inside. He will look to stop the exodus of customers from their platform to rival platforms as well. The new CEO's words are not idle by any means. He took over Sybase when the once vaunted database platform was virtually crushed by rivals Oracle and Microsoft SQL Server at the start of the dot-com bust in 2000.

He returned the company to profitability with a visionary strategy to be the "unwired enterprise" database and it is the same strategy the company successfully employs to this day.

The struggling phone maker, who Canadian's proudly called their own "tech giant," announced a huge $4.4 billion loss for the third quarter of 2014, along with a staggering revenue drop of 56 percent from last year (reaching only $1.6 billion).