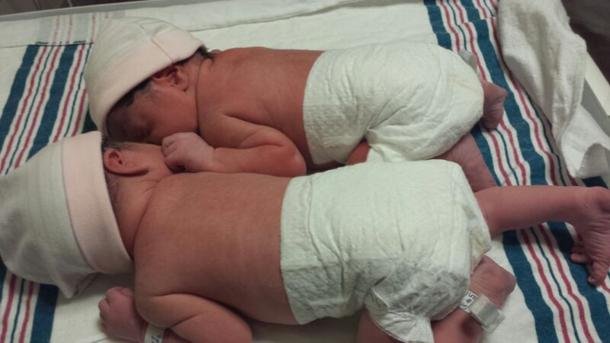 Sophia and Gabriela were born overnight in Mississauga, Ont. Gabriela was born on Dec. 31, 2013 while her sister …[/caption]Toronto Twins Born In Different Years

A Toronto mother welcomed two new additions to her family by giving birth to twin girls in separate years as revelers worldwide rang in the New Year. The delivery came as a complete surprise to Ms. Salgueiro, who has two boys already.

Seemingly, the babies could not wait to make their debut as Ms. Salgueiro was not due to deliver the babies until January 19, 2014. Ms. Salguerio holds the distinction of having delivered the last baby of 2013 and the first baby of 2014 in the Toronto area, and the babies are receiving tons of attention and publicity.

Twins born in different years are a rarity. However, according to Fox News, there were three different set of twins delivered last year that way in Buffalo, N.Y., Minnesota and Tampa, Fla.