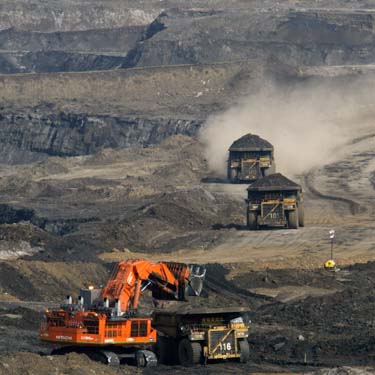 US Says Transportation of Canadian Oilsands Products Risky
[/caption]The U.S. National Oceanic and Atmospheric Administration, which is tasked with emergency response to chemical and oil spills along coastal areas of the United States, has issued a 153-page finding wherein they conclude that any mode of transporting petroleum or similar products from the Canadian oilsands area is risky. The report didn't find one mode of transportation that it found safe regardless of whether it was by rail, oil pipeline, or trucks.

The report focused on the transportation of bitumen, a semi-sold or highly viscous liquid form of petroleum. Enbridge, the main company behind the bitumen operation in the oilsands, fervently disagrees with the findings stating that many of the items addressed in the report have already been dealt with or are overblown.

It may be politically motivated as the Obama administration has blocked construction of a key part of the pipeline that would bring the product into the United States as a sop to environmentalists. The private sector has largely found work around solutions by using trains and trucks to get products to market in areas that the pipeline cannot reach. Perhaps this report is a way to effectively stop the inflow of Canadian bitumen all together. In all fairness, there is never zero risk in the transportation of any petroleum substance any more than there is zero risk to anyone getting behind the wheel of their vehicle.