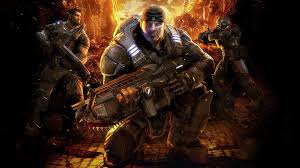 Vancouver, British Columbia - Black Tusk Studios has been given the job of developing Microsoft's latest tech purchase, the game known as "Gears of War". In the announcement, Microsoft also said they hired Rod Fergusson, who is also a Canadian, to spearhead the development effort at Black Tusk Studios. Fergusson previously worked as the DP or director of production for this same program when it belonged to Epic.

The head of Microsoft Studios released a public statement expressing confidence in both Fergusson and the existing leadership at Black Tusk Studios to take this popular game to the next level. This space age game, which is played out in third person, appeared on the market seven years ago in 2006. Since that time, it has sold over 22 million units and grossed one billion in revenue.

Epic is not out of the picture completely with the sale of the game to Microsoft. The world's largest tech giant will still be licensing the Unreal Engine technology from Epic needed for development of the franchise.

Canadian Rod Fergusson, former director of production at Epic on the franchise, will join Microsoft to help lead Black Tusk on the future development of "Gears of War."

"Black Tusk has assembled a world-class team with deep experience and passion for the shooter space, and specifically the 'Gears of Wars' franchise," Phil Spencer, head of Microsoft Studios, said in a release.

"I am extremely confident that under the leadership of (Black Tusk general manager) Hanno Lemke, Rod Fergusson and our other leaders in the studio, Black Tusk is well equipped to take on the future development of the 'Gears of War' franchise."

The purchase of such a popular game for Microsoft's Xbox is the second time since 2012 that they have purchased a major game for their system.

The other game they acquired was the sci-fi shooter "Halo" which was handed over in March 2012 with Microsoft's in-house 343 Industries taking full control of the game.

On The Web:
Microsoft buys rights to "Gears of war," assigns development to Vancouver studio
http://www.vancouversun.com/technology/Microsoft+buys+rights+Gears+assigns+development+Vancouver/9436920/story.html

Related Topics:Gears Of War
Up Next