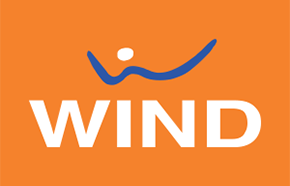 Toronto, Ontario - Fledgling wireless carrier WIND Mobile has announced that starting tomorrow it will offer Canadians a $15 unlimited roaming plan for calls made between Canada and the US. However, WIND mobile was clear that the consumer-friendly plan was the direct result of negotiations with US cell phone companies and explicitly not the result of any Canadian carrier. While news of the plan is certain to be greeted with relief by their customers, it underscores a sore spot that consumes face over the issue of roaming fees.

In fact, a consumer watchdog group has filed a report with the Canadian Radio-television and Telecommunications Commission (CRTC) alleging that the major cell phone carriers are abusing their market positions to limit the growth of new entrants into the cell phone carrier market. WIND Mobile itself only came onto the scene in December 2009. The main carriers, referred to as "The Big Three", are trying to respond to consumer demand by coming up with more favorable plans while avoiding actions that would level the playing field for all competitors.

Thus far, WIND mobile has been the most successful entrant into the cell phone business as attested to with this new unlimited roaming plan which proves they are a scrappy competitor. Nevertheless, if the CRTC were to compel the big three to remove their roaming fee disparity across domestic carriers, a huge spectrum would open up to WIND Mobile allowing better deals to be offered to consumers.

WIND Mobile says new changes in technology make it possible for them to be compatible with Telus Corp. and BCE Inc. which are the two remaining "Big Three" carriers they would need for better coverage areas for their customers. Thus far, they have an agreement only with Rogers Communications Inc. The outlook is promising as CRTC declared in December that the "Big Three" were either charging to seeking to charge new entrants uncompetitive wholesale rates for roaming fees than what US carriers are charged.