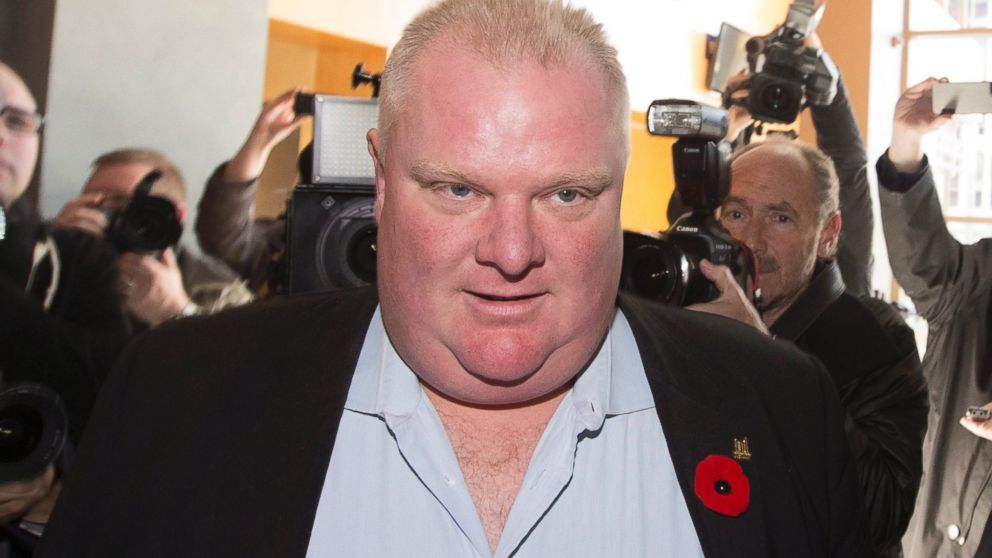 Toronto, Ontario - Rob Ford, the embattled mayor of this major international city of 2.6 million, may be disgraced by his drug scandal, but his sheer tenacity has kept him in office when many others would likely have resigned. Indeed, he may be a conservative, but he has the indomitable will of a US Democrat to remain in office despite a public scandal.

Now, it was only months ago that his television show "Ford Nation" was taken off the air amid the scandal. The mayor used the television program to rail on critics and defend his tenure in office. Now, he and his brother have found a new home for the program and it is on its own YouTube channel. He asks viewers to withhold personal judgment in lieu of focusing solely on his record in office. It should be noted that Mayor Ford is seeking reelection.

It doesn't help matters much that the mayor refused to attend the city’s most recent Gay Pride Parade stating that it's not something he has engaged in, and he isn't about to make any changes now. The controversial comments come at a time that the he needs to consider building a new coalition of support given the drag his drug scandal is having on his popularity.