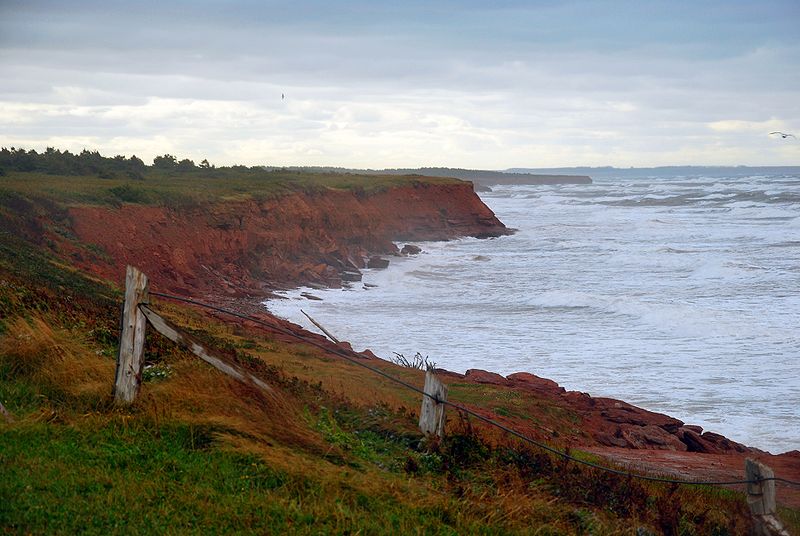 Prince Edward Island, Canada - According to a report by the University of Prince Edward Island (UPEI), erosion on the "Garden of the Gulf" will lead to 1,000 homes falling into the sea in the next 90 years. While that time frame is sufficiently long for any adult to ignore, it does raise the need for something to be done to try and reverse the effects of erosion on the valuable coastlines.

Adam French, the director for the UPEI's Climate Research Lab, said the study found that over the 42 year period from 1968 to 2010, the island lost 20 square kilometers (~8 square miles). At that rate, the erosion may have as many as 1,000 homes perish to the ocean over the next nine decades.

"Unfortunately the Island is just made of sand and sandstone, where virtually everywhere else, certainly in the other Atlantic provinces, they have this natural protection," said Fenech.

"Here on the Island it's not there. The oceans erode everything away unless we import rocks to help protect or build a seawall."

Simon Fraser University partnered with UPEI to create a software simulation program called Coastal Impact Visualization Environment, or CLIVE which was used to arrive at the conclusions in their report. They claim that CLIVE is a powerful 3D tool to examine PEI interactively and gauge the effects of rises in the sea level and storm surges on erosion. It is a powerful tool which French admits has a video game feel to it.

On The Web:
P.E.I. homes in danger of falling into the ocean: Report 6
http://www.torontosun.com/2014/02/10/pei-homes-in-danger-of-falling-into-the-ocean-report

Hundreds of Canadian Credit Cards Hacked In Vancouver And Quebec