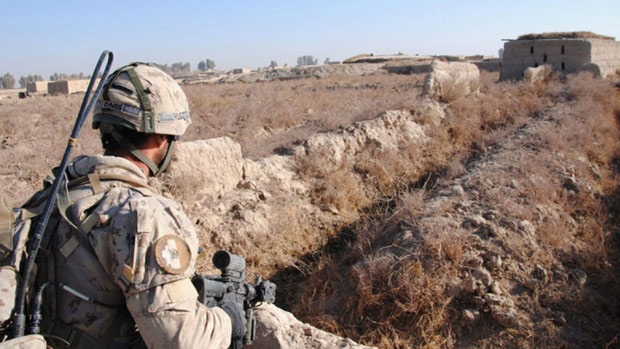 At least eight members of the Canadian military service have killed themselves since last fall and now a ninth soldier has been discovered dead by his own hand.

Officials announced that Warrant Officer Martin Mercier, stationed in Gagetown, N.B., at the 5 Canadian Division Support Base, was discovered dead of an apparent suicide at his home, located away from the base property. An investigation is underway, although Mercier's date and time of death has not been released. Mercier had been a Canadian Forces member for 29 years and had seen tours of duty in such places as Afghanistan and Rwanda.

Although military officials did not release the cause of death as suicide, upon further inquiry they did disclose that Mercier was dead by his own hand.

As the ninth member of the Canadian Forces to end his life in this fashion since last November, the Canadian government is being roundly criticized by numerous groups for the lack of mental health support that is being provided to its military members.

Gen. Thomas Lawson, chief of the defence staff of the Armed Forces, told CBC in a statement last year, that the stigma of mental health issues must end.

"Any, each, and every suicide is a tragedy, and the loss of any soldier is painful and heartbreaking to our men, women and families," he said.

"Although suicide is an international public health concern, for an organization built on leadership, built on camaraderie, and built on strength, it hits us especially hard. We have an expert health-care system to support us, but in order for us to help each other, it’s essential that all military personnel, like all Canadians, recognize mental health issues as they develop."

Figures released by National Defence show that 22 full-time members of the Canadian Forces committed suicide in 2011, and 13 personnel took their own lives in 2012.

The Canadian Forces Member Assistance Program has a confidential 24/7 toll-free telephone advisory and referral service for all military personnel and their families. The number is 1-800-268-7708.

Another Suspect in Murder of Canadian Missionary Townsend Found Dead