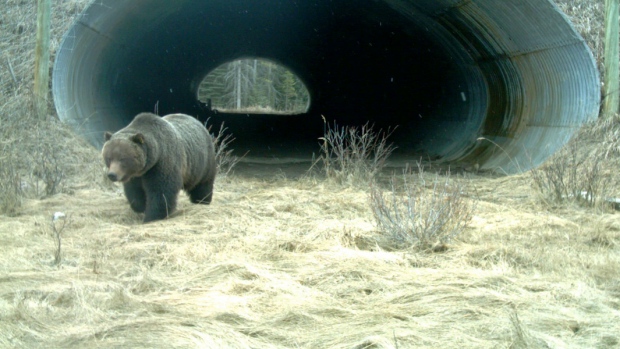 The underground tunnels and overpasses at the “Trans-Canada Wildlife Crossings" at Banff national Park cost as much as $4 million each. However, the tunnels are delivering on their stated objective: helping bears in the Banff area find mates. It has long been believed that the highway traversing the Banff National Park might be prohibiting the local caniform population from mating. That theory turns out to have been correct. More importantly, the tunnels allow for a healthier bear population by lowering the amount of inbreeding the species might otherwise engage in.

DNA research has proven that the investment into the caniform population is paying off. In one example, a single bear traversed the tunnels to mate with five female bears and sire 11 cubs. The tunnels have also reduced road kills in the wildlife park by a whopping 80%. A genetic analysis of hair samples among the bears shows that they are indeed mating with counterparts on the opposite side of the highway. The study was conducted by researchers at Montana State University.

The four-lane highway was constructed 33 years ago in 1981. At that time, road kills began occurring frequently leading authorities to erect fencing. However, the fencing isolated the bear populations from one another.

On The Web:
Banff bears use Trans-Canada wildlife crossings to find mates
http://www.cbc.ca/news/technology/banff-bears-use-trans-canada-wildlife-crossings-to-find-mates-1.2542362

Related Topics:bears use trans canada crossing mates
Up Next