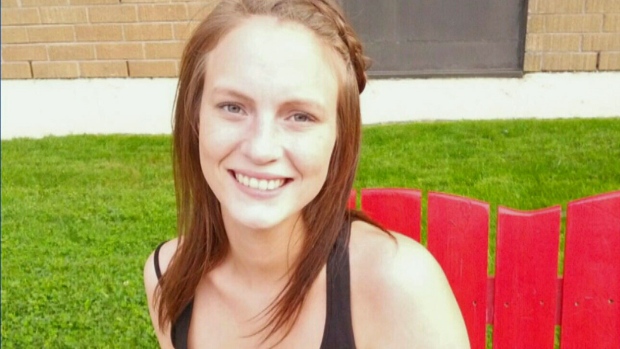 A Halifax couple is being held in connection to a missing Halifax woman. Loretta Saunders, a 26 year old university student who was writing her thesis on missing and murdered aboriginal woman was last seen in Halifax on February 13, 2014.

Meanwhile, halfway across the country in a Windsor courtroom, her roommates, Blake Leggette, 25, and Victoria Henneberry, 28 appeared briefly. The couple was picked up on a warrant from Nova Scotia. The couple is accused of stealing Ms. Saunder's vehicle. Maria Carrocccia, Leggett's lawyer in Windsor stated that a justice of the peace has signed an order to hold the couple for six days, in which time the Nova Scotia authorities can come pick them up so they can face the charges there. According to Carroccia, the pair has also been charged in Ontario with possession of a stolen credit card and possession of stolen property under $5,000.

Ms. Saunder's sister, Delilah Terriak, 21 spoke with reporters regarding her sister's disappearance. “She is so strong and that's what is keeping me going through this, knowing that she wouldn't want us wasting time crying and sitting around feeling bad.” She also stated, “If I were missing she'd be doing the exact same thing, probably even more.”

Terriak continued on by saying “She is really the most incredible woman there is. She is so smart. She is my world. She is my everything.

Police are calling the disappearance of Ms. Saunders suspicious and the couple in custody are persons of interest.