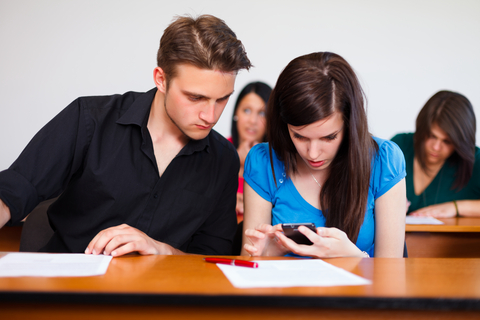 A survey of Canadian Universities conducted by CBC News has discovered that more than 7,000 students during the 2011-12 academic year were disciplined for cheating.

The survey concludes that although thousands of students faced punishment for their dishonest behavior after getting caught, it is estimated that thousands more have gone undetected and unpunished.

Of the 54 Canadian universities invited to take place in the study, 42 institutions of higher learning provided information about cases of misconduct during the 2011-12 academic year that involved a formal investigation and resulted in disciplinary action.

“There's a huge gap between what students are telling us they're doing and the numbers of students that are being caught and sanctioned for those behaviours,” said Julia Christensen Hughes, dean of the College of Management and Economics at the University of Guelph in Ontario.

Although the CBC News survey indicates that approximately one percent of the total amount of students studying at Canadian universities have admitted to cheating and were punished, other surveys in which students talked about their behavior indicate that as many as one out of two students takes the chance and cheats, often without repercussion. Most students justify their cheating behavior during exams by saying it is necessary in order to succeed to reach their career goals. They don't express any guilt or remorse in the least for using any means possible, including borrowing other student's test codes, in order to pass their exams and receive their degree.

On The Web:
Cheating students punished by the 1000s, but many more go undetected
http://www.cbc.ca/news/canada/manitoba/cheating-students-punished-by-the-1000s-but-many-more-go-undetected-1.2549621