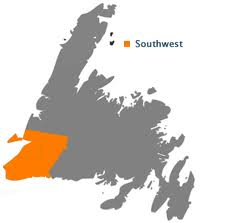 A snowmobiler died on around 2 p.m. Thursday, Feb. 27 on a hunting trip near Isle aux Mort on the rugged Newfoundland southwest coast. This was the second such deadly snowmobiling crash in two days in the Canadian province raising concerns about snowmobiling safety this winter.

The Isle aux Morts crash involved a 35-year-old man from there who was hunting in the afternoon about seven miles outside the village. His snowmobile careened out of control on the top of a giant hill. this resulted in the machine flipping and falling on top of the man. A nearby person tried to revive him to no avail. Royal Canadian Mounted Police units from Port aux Basques responded to the scene.

The Royal Canadian Mounted Police said alcohol and speed were not considered factors in the accident. The crash remained under investigation with the medical examiner expected to release exam results in a few weeks. The man's identity wasn't revealed.

The fatal Newfoundland snowmobiling incident was the second deadly snowmobile crash in two days. A 49-year-old man was killed on Wednesday when he crashed his snowmobile west of Sheppardville near Sheffield Lake in central Newfoundland, according to CBC News. The unidentified man was trail riding when his snowmobile hit a tree. He died at the scene.

Springdale RCMP units responded to that crash scene. They were assisted by the Springdale Volunteer Fire Department, emergency services personnel, and the Canadian Department of Natural Resources. The cause of the crash hasn't been disclosed pending a medical examiner evaluation and accident investigation.

Snowmobile safety has been a concern in Canada. The Canadian Pediatric Society recommends that people younger than 16 years old not get on these popular recreational vehicles. Canadian hospitals reported about 10 children were killed and 70 children injured each year in snowmobile accidents.

Vince LI Will Be Allowed To Have Unsupervised Outings

Nuuk Accords to Regulate Arctic Fishing for Canada and Other Nations