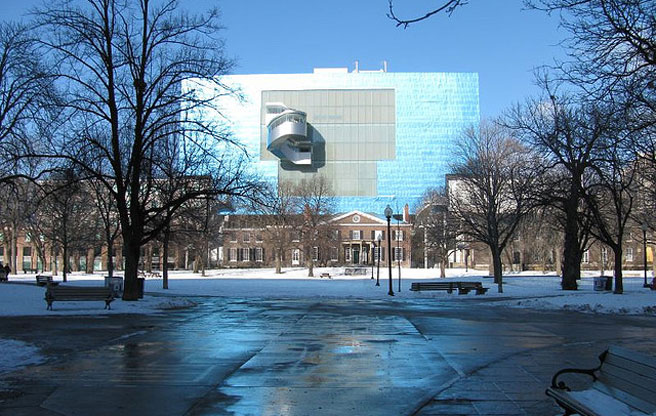 AGO announced recently that W. Galen Weston, food-industry magnate and father of Loblaws-commercial-guy-and-actual-Loblaw-executive Galen Weston, is donating a sum of money to renovate Toronto's Grange Park.

Greg Smallenberg has been hired to draft a design for the renovation. Smallenberg is employed by PFS, the company that designed Sherbourne Common. Sherbourne Common has a broad expanses of grass intermingled with water, a playground and a rink for skating.
Grange Park, an AGO property, has been a public park for over a hundred years ago, when the gallery made an agreement with the city. It has a wading pool, a playground and many trees.

“Grange Park has a cherished place in my family’s history,” Weston said in a statement.

“It is just steps away from the original Weston Bakery where my grandfather lived and worked both baking and delivering the bread. While the neighbourhood has changed, the park has been a constant over all these years.”

Past donations to AGO by the Weston family include $12 million dollars to build a learning facility. Now, Galen Weston has pledged a sum of money to restore the park.

Grange Park is located in the suburbs of London, between Enfield Town and Bush Hill. The park was constructed in the 20th century on the grounds of Enfield Old Park.

The park has been rather neglected until now, but thanks to the Weston family, it will get an overdue renovation.

The public won’t know exactly what is in the works for Grange Park until the AGO and Greg Smallenberg announce the details.

AGO gets cash to spruce up Grange Park
http://www.citynews.ca/2014/02/28/ago-gets-cash-to-spruce-up-grange-park/

AGO gets money to beautify Grange Park
http://thefootballexaminer.com/technology-22/ago-gets-money-to-beautify-grange-park-152.html

The AGO’s Grange Park is getting a facelift, thanks to Galen Weston’s dad
http://www.torontolife.com/informer/random-stuff-informer/2014/02/28/grange-park-gets-a-facelift-galen-weston/