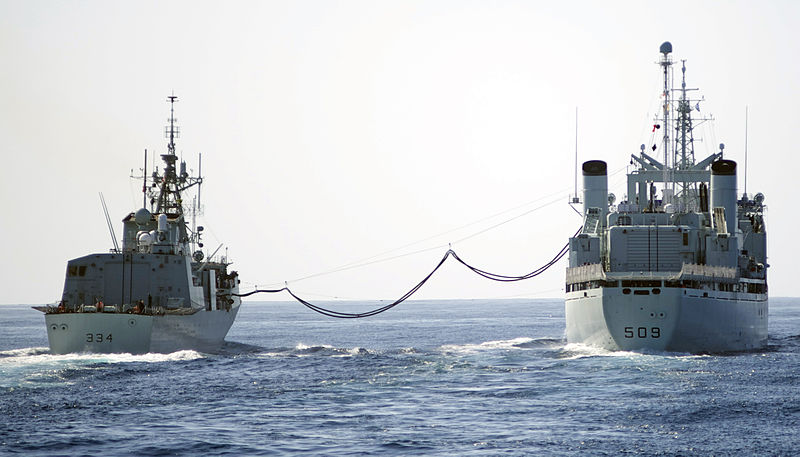 The recent voyage between Hawaii and its home port near Vancouver Island proved to be ill-fated for the Canadian supply ship HMCS Protecteur when a fire broke out in its engine room. According to officials at the Canadian Navy, the ship was left disabled in heavy seas in waters northeast of the Hawaiian islands, with almost 300 souls on board, including more than a dozen relatives of crew members. Almost two dozen crew members received minor injuries while fighting the blaze.

The Navy reports that the vessel, which has been in active service for more than 40 years, will be towed to Pearl Harbor, Hawaii no later than Wednesday of this week. The USS Chosin, a guided missile cruiser of the Pacific fleet, was able to deliver needed fresh food and supplies to the Protecteur over the weekend. Another vessel, the American destroyer USS Michael Murphy, participated in a second part of the rescue mission by taking passengers from the Protecteur aboard its vessel to continue their journey back to their home port of Esquimalt.

According to Navy officials, it will take both the strength of the USS Chosin, along with another unidentified US Navy tugboat, to tow the burnt ship some 630-kilometers back to Hawaiian waters where the ship can be evaluated and undergo necessary repairs at Pearl Harbor. The commanding officer of the Protecteur reported that conditions aboard the disabled supply were "crappy" at best, but that both crew members as well as passengers were trying the make the best out of a bad situation.