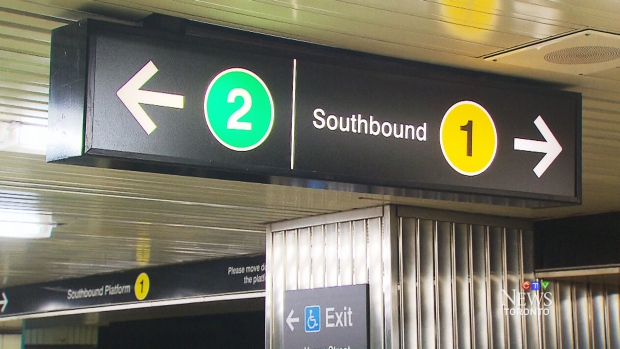 The Toronto Transit Commission has been testing out a new numerical signage system in their subway routes recently. During a bid to find a more efficient way to direct traffic, signs and maps referring to the Yonge-University-Spadina will be known as Line 1, while the Bloor-Danforth line will be known as Line 2.

This was announced at the Bloor-Yonge station this past weekend after being proposed by the City of Toronto in October of last year. The TTC Board supported the change, as part of a slowly changing shift that will see all road-based names change into a numerical version. The line of Scarborough RT will soon be known as Line 3, while The Sheppard line will be known as Line 4

In larger metropolitan areas, like New York and Paris, where subway systems are more elaborate and complicated, a numerical system is used instead of a road-based naming system. These numerical systems allow for a simpler approach for commuters, while putting emphasis on the existing color-code system according to the TTC. This numerical system is designed to help navigation, thus creating an easier way to travel and get around the city. This will be most beneficial for a tourist or casual rider who do not already know their way around the city, while at the same time helping non-English speaking visitors who have trouble understanding different areas of the city, find a desired route or location easier.

These new signs will be placed next to the existing signs to dissolve any confusion, allowing a gradual change to take place according to the TTC. The TTC also stated that if the change was suitable, then the station at St. George would be the next to undergo the name change in the coming months.

Determining when Human Thought Began at the Gademotto Formation