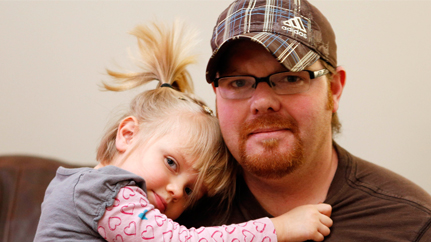 Little Girl Brings Cheese Sandwich to Daycare Center - Gets 3-Day Suspension[/caption]Barrhaven, Ontario - A local daycare center in this city of 84,000 people has suspended a two-year-old girl for bringing in a cheese sandwich. The facility is called the Centre de L’Enfant aux 4 Vente and will not allow little Faith Murray to return for three days for violating the zero-tolerance policy barring outside food. Admittedly, this seems as frivolous as when a kindergarten age boy was suspended for sexual harassment for kissing a classmate. It sounds worse than young girls getting suspended for wearing jeans with plastic little ornamental chains attached to the belt hooks because school anti-weapons policies forbid chains of any kind from being on campus.

However, as sad as it is for little Faith to be away from her friends, it appears there is merit to the case. The daycare center takes care for a number of children who suffer food allergies. Some of those are forms of lactose intolerance which can give a child painful stomach reactions to dairy products. However, other food allergies can be absolutely fatal for a child such as with certain nut allergies. Since parents are entrusting their children into the care of the center, it only makes sense that a strict policy about outside food be maintained. The children in attendance are far too young to be expected to avoid eating potentially lethal foods.

Randy Murray, Faith's daddy, is predictably protective of his child. He believes the school acted severely, but his views, while singularly concerned with his daughter's feelings, cannot deny the concerns other parents have for their special needs children. He would certainly feel differently if his child was at risk. For now, he is considering taking both his children out of the daycare and tending them at home. He would have to put graphic artist career on hold to do so. In all candor, he's better off learning his lesson and complying with the rules. After all, it was really the fault of him and his wife.