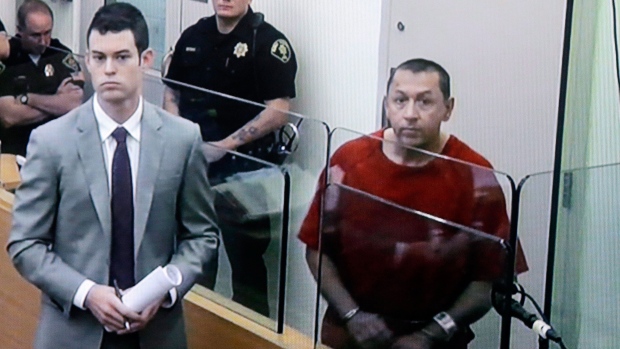 Edmonton, Alberta - Michael Stanley is a convicted sex-offender who is required to wear a GPS monitoring device. While the laws governing sex-offenders vary, it is standard practice that GPS monitoring devices are worn by people designated as "high risk" offenders. Generally speaking, high risk offenders are those who have a past as "risk takers". This means they target strangers which is the characteristic of a predator.

Against this backdrop, Stanley fled into Seattle, Washington, on October 7 after removing his GPS monitoring device on October 1. He has a history of sexual offenses in Canada. It isn't clear why removed his GPS monitoring device, but it appears that Stanley had decided life would be easier for him in the United States sans sex offender registration. By October 22nd, he was arrested by Seattle police on charges of resisting arrest and sexual harassment for a disturbance he was causing in an alley. He was ordered to spend 60 days in jail.

After accepting a guilty plea, he learned he would face a new charge of sexual assault of a 16-year-old. The assault occurred while he was in the alley on October 22nd and involved a 16-year-old boy. Now, Seattle police have announced they will drop the sexual assault charges due to insufficient evidence. Neither will Canada will not prosecute him for removing his GPS device and crossing the border illegally. Stanley will continue to register as a sex offender as required in the state of Washington. However, it is not clear if he will have to wear a GPS monitoring device as well.

On The Web:
Sex-offender who fled Canada will see sex charges dropped in Seattle — report
http://www.edmontonjournal.com/news/edmonton/offender+fled+Canada+will+charges+dropped+Seattle+report/9596509/story.html