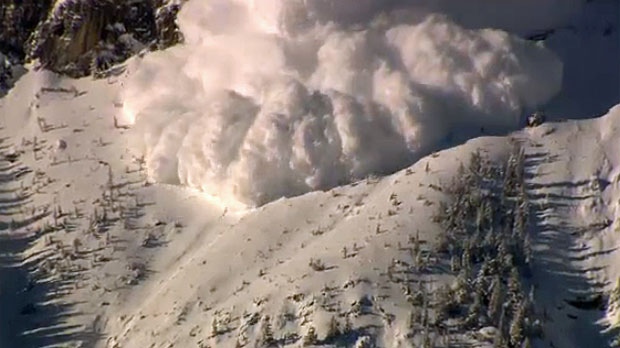 Lake Louise, Alberta - Canada is known for its serenity during the winter with snow covered landscapes and picturesque nature. However, the snow season is deadly precisely because of avalanches. Now, the Royal Canadian Mounted Police (RCMP) have confirmed that a father and son were the latest victims of an avalanche. Their bodies were recovered underneath a layer of snow and miscellaneous debris within proximity to Lake Louise at the feet of Mount Fairview.

The two victims when missing Saturday afternoon and the RCMP requested assistance from Parks Canada to aid in a possible search and rescue mission. Sadly, the mission became a body recovery detail. For now, the RCMP is not revealing the identities of the two victims only to say that they were related. Once their loved ones are notified the names will be made public. It is not known if the victims may have inadvertently triggered the avalanche.

Spring is right around the corner, but the threat of avalanches remains just as potent as in January. In nearby Banff National Park, a group of fun loving skiers kicked off an avalanche that resulted in a 38-year-old member of the group getting injured, but his injuries were non-life threatening. Likewise, in nearby Blue River, British Columbia, a 36-year-old man succumbed to his injuries from an avalanche that sparked somewhere at the midpoint of Jasper and Kamloops, Alberta. As always, visitors are strongly cautioned against going off trail even in small degrees as snow accumulations can slough off by seemingly innocent noises and vibrations.

On The Web:
Father, son killed in avalanche on shores of Lake Louise
http://www.vancouversun.com/news/Father+killed+avalanche+shores+Lake+Louise+Alberta/9622989/story.html

Related Topics:Fatherson killed in Lake Louise avalanche
Up Next

Edmonton Flight Bound for Mexico Forced to Land in Montana