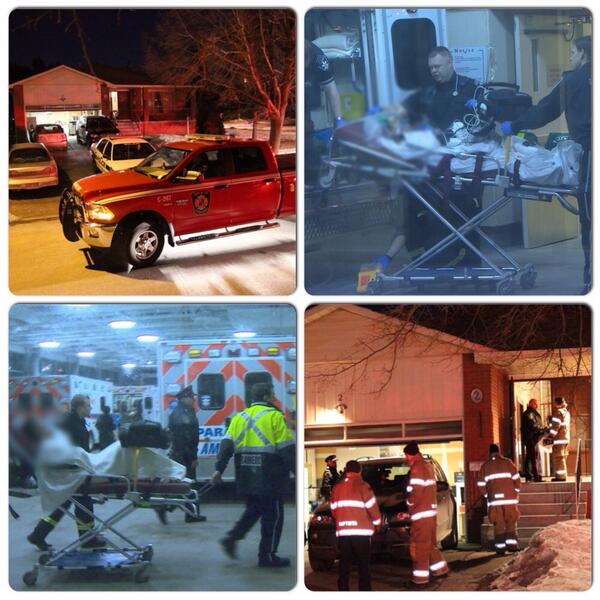 Three people have died from suspected carbon monoxide poisoning inside a Brampton, Ont., home. (Tony Smyth/CBC)
[/caption]The recent breakdown of a furnace at a home in Brampton proved fatal to three people in the house after the owner decided to temporarily use propane heaters. Those temporary heaters apparently malfunctioned, causing deadly carbon monoxide fumes to fill the air, causing five people total to be overcome with carbon monoxide poisoning. When one of the occupants of the home returned around 2 a.m., they found that the carbon monoxide alarms had been activated and were ringing and they immediately contacted Peel Regional Paramedics to come to the location in order to assist residents who were non-responsive.

Carbon Monoxide is a particularly deadly gas because it is odorless, tasteless and colorless, making it extremely difficult for the residents of a home to realize that they are breathing it in. Continued exposure to this toxic gas can damage the nervous system and ultimately result in death.

Poisoning symptoms include feeling lightheaded, a sense of vertigo, mental confusion and headaches. If the victims in the home in Brampton, a suburb located northwest of Toronto, were asleep when the propane heaters began dispensing the toxic carbon monoxide gas, it is likely their symptoms did not wake them up.

Five of the residents of the Brampton home, located on Linden Crescent, were taken to a local hospital, where three individuals were pronounced dead and two individuals were admitted for further medical treatment. Their condition is not yet known and the hospital has not released any further information about the severity of their poisoning.

150 KM of HOV Lanes Planned For Pan Am Games