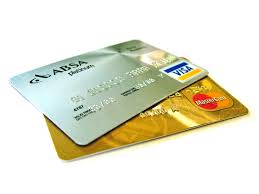 Vancouver, British Columbia - A covert op called "Project Lancer", a collaboration between the Canada Border Services Agency, the Identity Theft Unit, and the Auto Crime Enforcement Unit, has popped the bubble for a credit card scam. The bunko artists for this particular scam were Christa Dawn Hucal, age 25, and Daniel Adam Suchecki, age 34. Police believe they are the masterminds behind the scam.

So what was involved in the Credit card reward scam? The theft of reward points earned by users of the Royal Bank of Canada (RBC) VISA credit card. It was a novel approach to pilfering points which they subsequently redeemed for gift cards, and various other sundry items. In many instances, customers weren't even aware their points were being siphoned off until they attempted to redeem them. While this sounds small time, police claim it was a major credit card scam involving identity theft including at times impersonating the victims.

Det. Phil Ens cautioned the general public to ever be vigilant and on the lookout for fraudulent activity especially if using an RBC credit card. Ouch! One can only imagine the angst that executives at RBC are feeling at this kind of negative publicity. The clever scam the thieves had been working began to unravel this past January when police discovered two men driving a rental car paid on stolen credit card and other man driving a stolen car. Both men were in the parking area of the Starlight Casino. A search of their residences uncovered a cache of evidence related to the scam including hundreds of credit cards.

Were you a victim of the Credit card reward scam? Let us know in the comment section below.