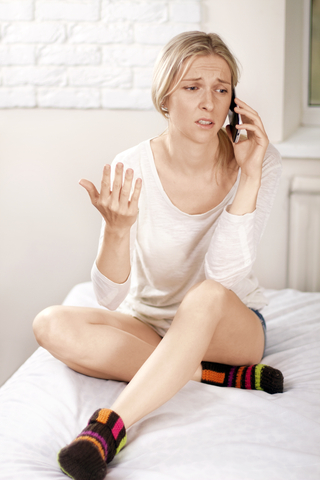 Videotron Saves All Quebers Money and Exposes Fork Tongue of Rogers
Telus Hike Fees © Leedsn | Dreamstime.com
[/caption]Rogers, Telus, and Bell Mobility aka the big three have already announced their price spikes to Canadian cell phone users. With expensive basic plans at $75 which provide small amounts of data, the price fixing between the big three hasn't left any options for Canadians other than to fork out more money. A decent amount of data will cost roughly $145/mos for a single cell phone plan. In reference to the price spikes, a spokesman for Rogers justified the price increases as being a required response to meet the increasing needs of the customer. Hmmm. So if the general public understands the comment correctly, their increasing need of cellphone usage requires that they pay the big three more for less. Sounds like what Americans face with Obamacare.

However, in Quebec, it's a completely different story. A basic $50/mos plan with the carrier known as Videotron gets a person gets unlimited calling within Quebec and 1 gb of data. Not even the people outside of Quebec paying the $75/mos plan get unlimited phone calls within their province and they pay 50% more money. It's obvious from the pricing plans offered by Videotron that they give superior value for their plans over anything the big three offer.

It should be noted that in Quebec, the increasing needs of the customer no longer justify price spikes by the big three. The price of their plans is now coming down to better compete with Videotron. However, Videotron's subscriber base continues to increase. In short, if you live in Quebec, you can get a better deal with any of the big three than you could just over the border. It only took a little bit of competition to force better prices. Now imagine how much better off everyone would be if the Canadian government were to crack down on the price fixing practices of the big three?

The internet rolls out its latest craze the ‘sellotape selfie’ (PHOTO)