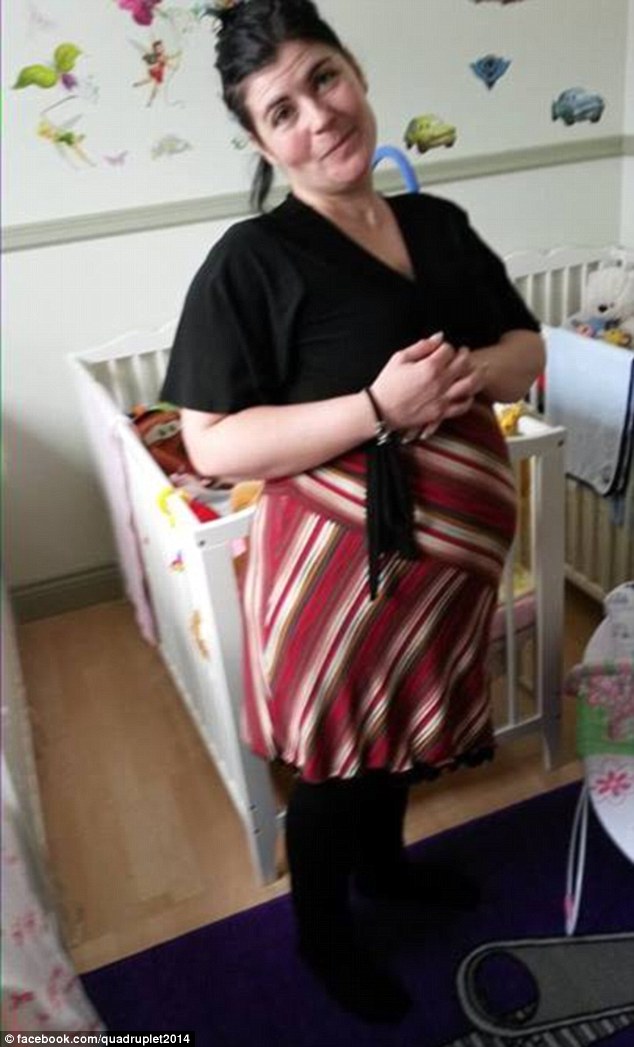 woman phantom quintuplets: Canadian Woman Told Boyfriend They Were Having Quintuplets (FACEBOOK)[/caption]Mentally Ill Women Makes Would Be Baby Daddy Think She Was Having His Quintuplets

Montreal, Canada - From booming baby bump to bust, Barbara Bienvenue has gone from being dotted upon by a fawning lover to being examined for her mental state following the revelation that she was carrying quintuplets was a fabrication or phantom pregnancy. From her appearance, she certainly was carrying quite the baby bump. Her punked boyfriend Paul Servat is absolutely devastated. He truly had his heart set on becoming the father of a large passel of critters and even named each one.

"She let me choose the names," Paul Servat told The Sun. "I lost everything, it was my whole life."

Both Servat and his parents were thrilled over the idea of having so much progeny. Servat met Bienvenue online and that led to a tryst turned pregnancy. She didn't tell him she was carrying quintuplets at first. She told him she was pregnant and he stepped up to do the right thing. Then she increased it to two, three, and so forth. In retrospect, it is clear there was something amiss. However, Bienvenue had her friends fooled as well.

The elaborate hoax lasted up to the day she was set to deliver the children. Servat took her to the labor and delivery ward and only upon receiving a blood test proving she never was pregnant did she finally confess. Her ex-boyfriend intends to return the gifts they had received and be done with her. Pseudocyesis is the false belief that one is pregnant.

Sufferers can exhibit all of the symptoms of pregnancy, but with no baby.

Symptoms can last for weeks, months, or even several years.

Psychological support, including therapy, is recommended.

Male partners of women with pseudocyesis can suffer a related "sympathetic pregnancy" syndrome in which they exhibit weight gain, nausea, and backache.

Related Topics:featuredwoman phantom quintuplet
Up Next