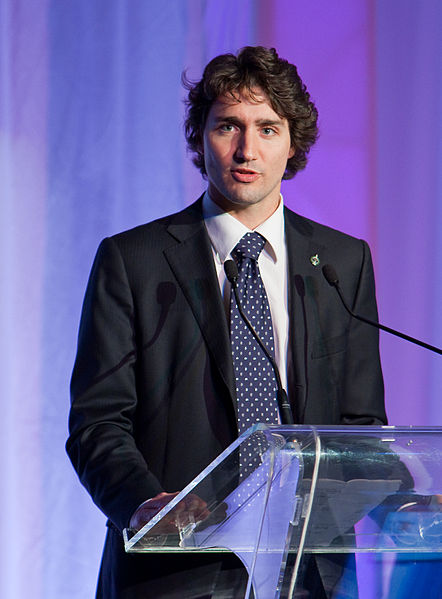 On Saturday evening, Trudeau participated a celebrity, charity boxing event in Gatineau, Quebec. The event was for the organization Fight for the Cure, a cancer research organization. Trudeau had participated in the annual Fight for the Cure boxing event before in 2012 where he boxed and beat Conservative Party Senator Patrick Brazeau. Trudeau only participated in the 2014 charity event as an announcer, but during his announcement, he stated he wished he could fight that evening. He is stated as saying, "I will tell you, there is no experience like stepping into this ring and measuring yourself. All that—your name, your fortune, your intelligence, your beauty—none of that f--king matters,".

Although attendees at the event cheered, the political damage control immediately began for Trudeau. Prime Minister Stephen Harper stated that “[t]his is yet another example of Justin Trudeau's lack of judgment.” Although not explicitly stated, Harper may have been referring to Trudeau's actions in 2011 when he referred to the Canadian environment minister as a “piece of s-it”.

For those who may not know, Justin Trudeau is the eldest son of Pierre Trudeau, the 15th Prime Minister of Canada. Since becoming a Member of Parliament, Justin Trudeau has used his family name and political savvy to catapult to the leadership position of the Liberal Party.

Trudeau immediately apologized saying that he “let [his] emotions run a little hot”. He also stated his wife, Sophie Trudeau, gave him a “talking-to at home” about the event. Trudeau and other Liberal Party leaders criticized Harper's attack on Trudeau stating that Harper's recent nominations to the Senate and Supreme Court have failed, showing the real lack of judgment on Harper's part.

Related Topics:Justin Trudeau F-bomb
Up Next