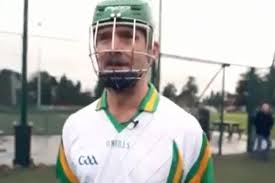 Chris Hadfield Learns to Play Hurling as Part of Ireland Tourism Gig[/caption]Chris Hadfield remains beloved in Canada where he is the nation’s most notable astronaut.

Hadfield, 54, will likely remain our most famous space traveler unless some Canadians are able to take part in the Mars One project to build a permanent colony on the red planet. For now, Hadfield has a new profession as a tourism ambassador to Ireland. Part of his job is to know the tourist attractions in Ireland so he was paid to visit the nation and enjoy all of its wonders. While in Ireland, he filmed some promotional short movies once of which was called "An Astronaut's Guide to the Island of Ireland". They are now viewable at Ireland.com.

For those who might be wondering what link there is between a former astronaut and tourism for Ireland, the answer lies in photographs he took of the island nation while he served aboard the international space station. The photographs provided breathtaking views of Ireland which the government is hoping can translate into more visitors. The video shows him doing things such as learning to speak what is known as 'cupla focal' from elementary school children. During the evening, he took in native folk music at McGrory's of Culdaff.

Hadfield was also given instructions on how to play hurling. The game is prehistoric in origin as it dates back 3,000 years and both Irish and Gaelic in origin. In addition, it is considered the world's fastest gameplay sport bearing some resemblance to football. His hurling lessons took him to the cities of Dublin and Co Antrim where he played at the official GAA clubs of Na Fianna and Cushendall respectively.

Ireland Tourism Chief Niall Gibbons lavished praise upon the retired astronaut for his efforts to help promote tourism to this nation. It is hoped that his immense global stature and popularity will encourage more visitors to discover the wonders of Ireland.