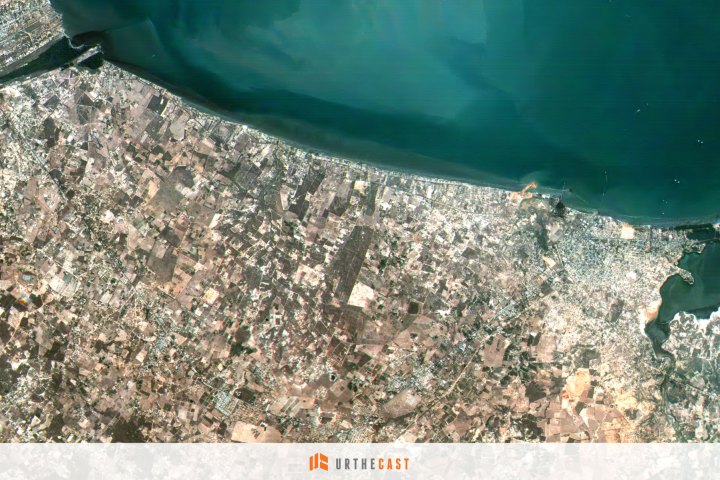 UrtheCast CEO Scott Larson said in an announcement, "This is a pivotal moment for the company [UrtheCast] and for everyone who's been a part of the vision that we set in motion in 2010," as well as thanking the company's team for working hard to reach their goal of "democratizing a very powerful perspective on the world."

At 1 PM GMT, the camera captured an image of about 300 square kilometers around the area of Moneague, Jamaica. In the image, one can distinguish buildings, streets, fields and waterways, surrounded by bumpy green hills. Each pixel measures six meters by six meters.

After an unsuccessful installation attempt last December, Russian cosmonauts managed to successfully reinstall UrtheCast's medium resolution camera, as well as a 4K Ultra HD video camera, to the Russian side of the ISS during a spacewalk nearly four months ago.

The video camera is still in the process of calibration, and is expected to capture objects as small as only one meter wide. UrtheCast plans to make images from both cameras available to the public for just a few hours after capturing images, for the sake of providing a "near realtime view" of Earth since the ISS orbits the planet 16 times a day.
[caption id="attachment_82370" align="aligncenter" width="1200"] B.C. To Finally Get Tough on Distracted Drivers