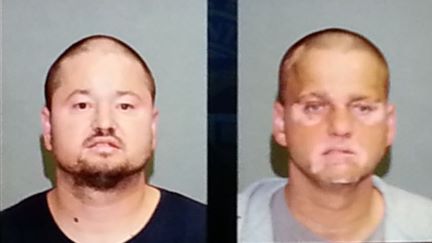 According to Det.-Const. Krystal Mosher with the Toronto police sex crimes unit, a now seven-year-old girl from the east end of Scarborough was sexually assaulted multiple times by Toronto brothers Raymond and Michel Savoie and two boys also from Toronto between 2010 and 2012.

The Savoie brothers, arrested on April 10, were released from police custody on April 22 on their own recognizance under strict bail conditions, Mosher said.

The youths, males now 18 and 17, are both charged with sexual assault and sexual interference. Their identities are protected under the Youth Criminal Justice Act since they were both minors at the time of the assaults.

The arrests were made after an investigation was initiated by the Child and Youth Advocacy Centre in January.

Police believe there may be other victims. Raymond Savoie used to babysit in the Kingston Road and Lawrence Avenue area and in the northern Don Mills area, Mosher said.

"Raymond Savoie is possibly babysitting children in the community, so if parents recognize this male and have been dropping their children off with him, I'd like for them to contact us."

The Savoie brothers are scheduled to appear in court on June 3, while the two youths are expected in court on May 26.