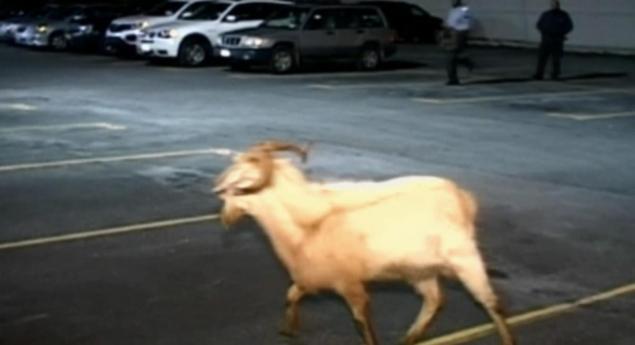 Despite the usage of the word "kid" to refer to a child in the modern English vernacular, the word actually refers to a young goat.

The spirited goat was determined to evade police whose experience in chasing down hoodlums was no match for this animal. A local parking lot attendant was able to save the day for the police department.

Mother Nature Network reports the goat was running through the streets and banging into doors.

"I was just walking across the street to get some Popeye’s, I come around the corner and the next thing I know I see a goat coming around my way, galloping toward me,” another witness told CBS. “Banging his head against two doors, to no avail, then it started running ’cause the cops were after it."

It turns out this African immigrant used to be a sheep herder. Ndiaye Seydou, who is a native of Mauritania, stepped into action fashioning a rudimentary lasso which he used to capture the goat. Up to that point, the goat appeared to be taunting the men in blue while evading capture.

The goat won over animal rescuers who have sent it to upper state New York to spend it days on a farm.