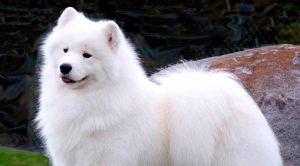 The owner of a 3-year old Samoyed dog who competed at the recent Westminster Dog Show and died suddenly several days later suspects that her prize-winning canine was poisoned at the national competition.

Lynette Blue, owner of Cruz, the dog who succumbed four days after attending the Westminster Kennel Club Show, says that there is a very real possibility that her dog was poisoned by someone at the competition but that she will never know if the poisoning was intentional or if Cruz unexpectedly found and ingested something harmful.

"It is in the realm of possibility," Lynette Blue told The Associated Press on Thursday.

Cruz died four days after appearing at Westminster while competing in another dog show in Colorado.

Although Blue declined to have an autopsy performed on Cruz, she said that his symptoms and sudden passing were indicative of an animal who had swallowed a poison used to exterminate rats or mice. Cruz's handler, Robert Chaffin, says he suspects animal rights groups critical of purebred shows such as Westminster may be responsible.

"We have never, to our knowledge, had an incident at our show where a dog has become ill or was harmed as a result of being poisoned," the kennel club said in a statement.

"After conversation with the co-owner of the dog in question, it was established that the dog left Georgia on Monday and flew to New York, he was exhibited at our show on Tuesday, and flew to Denver on Wednesday morning where he subsequently became ill on Saturday. Unfortunately, no autopsy was performed, so there are a lot of unanswered questions," the statement said.

Forrest Fenn Treasure To Be Found With Clues From A Poem

Alcoholcol Consumpstion Goes Down The Drain: 18,000 litres Of Whisky Flushed