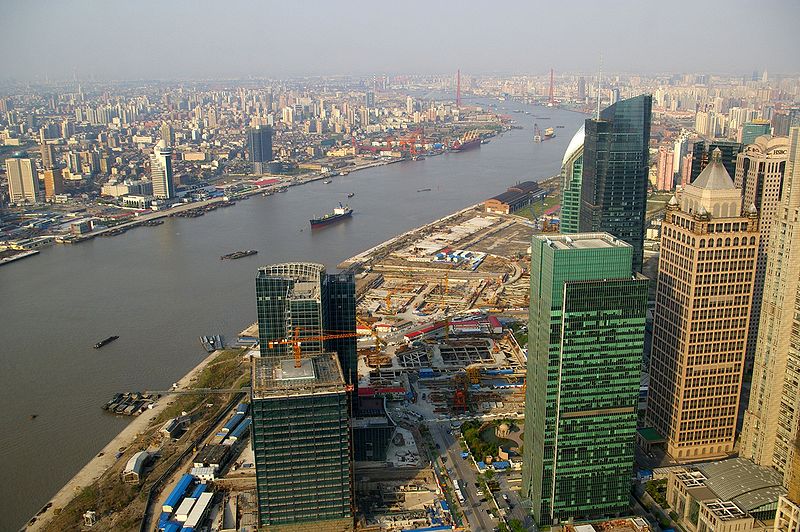 Dead pigs are being fished out of the Huangpu River by the thousands.

Reports on the cause of these pig deaths and dumping may vary.

"We will continue to trace the source, investigate the cause, co-operate with neighboring areas and take measures to stop the dumping of pigs into rivers," the Shanghai Municipal Agricultural Commission said in a statement posted on their website on Monday.

While the Shanghai Municipal Agricultural Commission concluded that the pigs had contracted porcine circovirus (PVC) virus, other sources are reporting that the dumping occurred due to overcrowded conditions or because of efforts by the police to stop the sale of contaminated animal parts.

Since their drinking water comes from the Huangpu River, the residents of Shanghai are voicing major health concerns. However as of Sunday, the commission stated that there was "no significant effect on tap water supply."

Tagged labels in the ears of some of the dumped pigs suggest that the animals may have come from the upper part of the Huangpu River.

In a statement posted on their website today, the agricultural commission wrote that they will continue to trace the source and put a stop to pig dumping.

Photographs of the dead pigs have circulated widely on the Internet. One photograph on the Web site of Global Times showed sanitation workers in orange vests and blue uniforms lifting carcasses from Hengliaojing Creek with long wooden poles.

Local residents tell, NBC News, this isn't the first time dead animals have been seen floating down the river.

“Am I scared? I have been hearing this kind of news all the time, so I am immune,” said Songjiang resident Ma Leiying, 42, who works as a clerk at a state-owned company. “I’m sure other cities have the same problems, but the difference is the incidents have not been reported yet.”

"Have we been drinking dead-pig-polluted water? We are already panicked by the polluted air now we have to worry about poisoned water too,” one user wrote on the web site Weibo.

The carcasses will be transported to the animal disposal center in the Fengxian district, said officials.

Jet goes off tarmac, no injuries