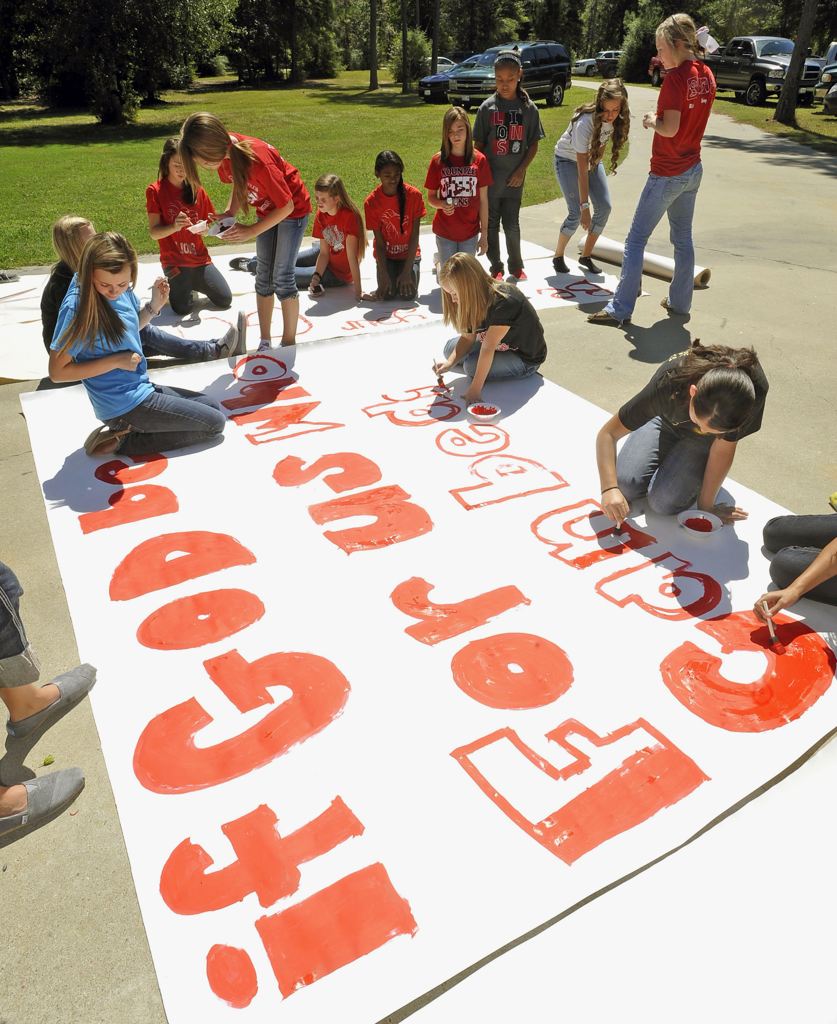 FILE - In this Sept. 19, 2012 file photo, Kountze High School cheerleaders and other children work on a large banner in Kountze, Texas. A judge on Wednesday, May 9, 2013 ruled that cheerleaders at the high school can display banners emblazoned with Bible verses at football games. The dispute began during the last football season when the district barred cheerleaders from using run-through banners that displayed religious messages, such as "If God is for us, who can be against us." (AP Photo/The Beaumont Enterprise, Dave Ryan, File)[/caption]Cheerleaders Win Right to Display Banners with Biblical Phrases

In a move likely to incite the ire of opponents of any religious expression in public gatherings, a Houston judge ruled that banners made by cheerleaders from Kountze High School in Southeast Texas do not violate the establishment clause of the First Amendment.

The cheerleaders had created banners which quoted Biblical verses and the school district had initially barred them from being used after receiving complaints from the "Freedom from Religion" Foundation. A public meeting was then held to further discuss the issue and the sensible decision was made that expressions of "community sentiment" should not be barred simply because their origins arise from religious beliefs.

The Freedom from Religion Foundation strongly disapproved and took the matter to court. However, Stephen Thomas, the State District Judge, disagreed and said the banners are in fact protected "free speech" but that the school district is not obligated to allow the banners to be posted.

The attorney for the cheerleaders is pleased with the result calling it a victory for free speech advocates.

The school district has not issued a statement as to whether they will appeal the decision. For now, they affirm that while the banners are free speech, the decision to post them rests entirely with the school.