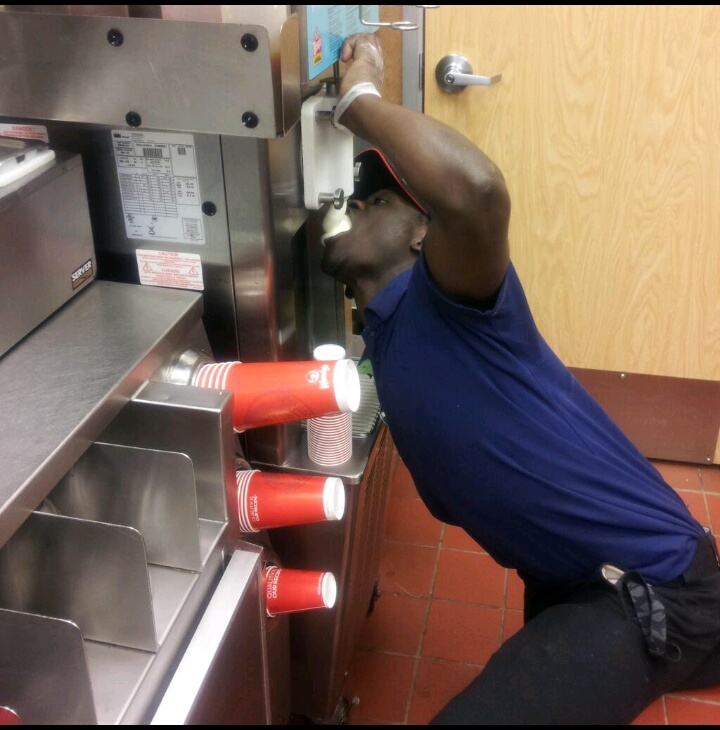 Let's be honest. Anyone who's ever worked in fast-food, especially as a teenager, can recall the types of shenanigans that occur when the boss is away. Things like belching contests, horse play in the stock room, all become the source of fond recollections in later years. However, in the information age, it can gain a person notoriety in a matter of hours.

This past Wednesday, a photograph popped up on the social news site Reddit which featured a young adult man satisfying his craving for Wendy's vanilla soft ice cream straight from the dispenser - meaning he had his mouth up to the dispenser as he worked the lever to control the rate of ice cream dispensation.

According to the New York Daily news, the photograph certainly wasn't flattering, but it has gone viral. Its drawn so much attention that the burger giant's spokesman e-mailed the New York Daily News to state that the behavior was inappropriate and that the employee no longer works for the company. However, he did not comment on whether he man left as part of regular staff turnover or if he was sacked from his position as a direct result of the photograph.

The pictures may be funny to many, but not to employers who take such photographs as a reason to fire an employee for cause.

Is two a trend? Perhaps you remember a certain Taco Bell employee who was fired earlier this month after a photo of him slapping his tongue onto a stack of taco shells found its way onto the Internet.