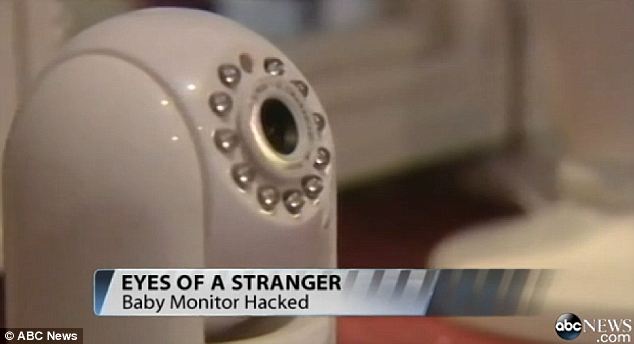 Intrusion: This wireless baby monitor was taken over by a hacker who used profanity and verbally attacked 2-year-old girl and her parents
[/caption]Texas Parents Horrified by Hacking Event

A Texas couple learned the hard way this past week that hackers can easily compromise any device within a home hooked to a wireless network and use it for despicable purposes.

On Saturday, August 10, Lauren and Marc Gilbert put their 2-year-old daughter, Allyson, down to sleep as they would any other day.

While cleaning dishes, Marc heard a foreign-sounding voice coming from the Foscam IP Camera they used as a baby monitor in Allyson's room, reports Forbes.

Upon investigation, he and Lauren discovered a man had hacked into the device and was using it to spy on the room, control the camera and attempt to wake Allyson while also saying sexual things to her, including that she was a “little slut.”

Thankfully, the noise did not disturb the toddler. Allyson was born deaf and the couple had turned off her cochlear implants beforehand.

Marc then quickly unplugged the device. He and Lauren have since learned that although they had a firewall enabled and excellent router passwords, the Foscam IP Camera's original firmware has a vulnerability that makes it easy to hack. Foscam has a security update, but the Gilberts were never made aware of the safety issue.

"It felt like somebody broke into our house," Marc Gilbert told ABC affiliate KTRK.

Dave Chronister, who is the managing partner of Parameter Security, did not consult the Gilbert family, but works for an ethical hacking company that is familiar with these types of hacks. Chronister believes that the Gilberts were using a webcam, equipped with speakers, that was compromised.

"In this case, what it sounds like is that they set this camera up, and someone cracked into the wireless network," Chronister told CBSNews.com.

Chronister tells CBS that these hacks are often times just kids pulling a prank, and warns of a phenomenon called "wardriving" -- where people drive around looking for homes with weak wireless security. On The Web:
How A Creep Hacked A Baby Monitor To Say Lewd Things To A 2-Year-Old
http://www.forbes.com/sites/kashmirhill/2013/08/13/how-a-creep-hacked-a-baby-monitor-to-say-lewd-things-to-a-2-year-old/

Parents left terrified after man hacked their baby monitor and yelled abuse at them and their 2-year-old daughter
http://www.dailymail.co.uk/news/article-2392491/Houston-Texas-baby-monitor-hacked-man-yelled-abuse-Marc-Gilbert-wife-2-year-old-daughter.html